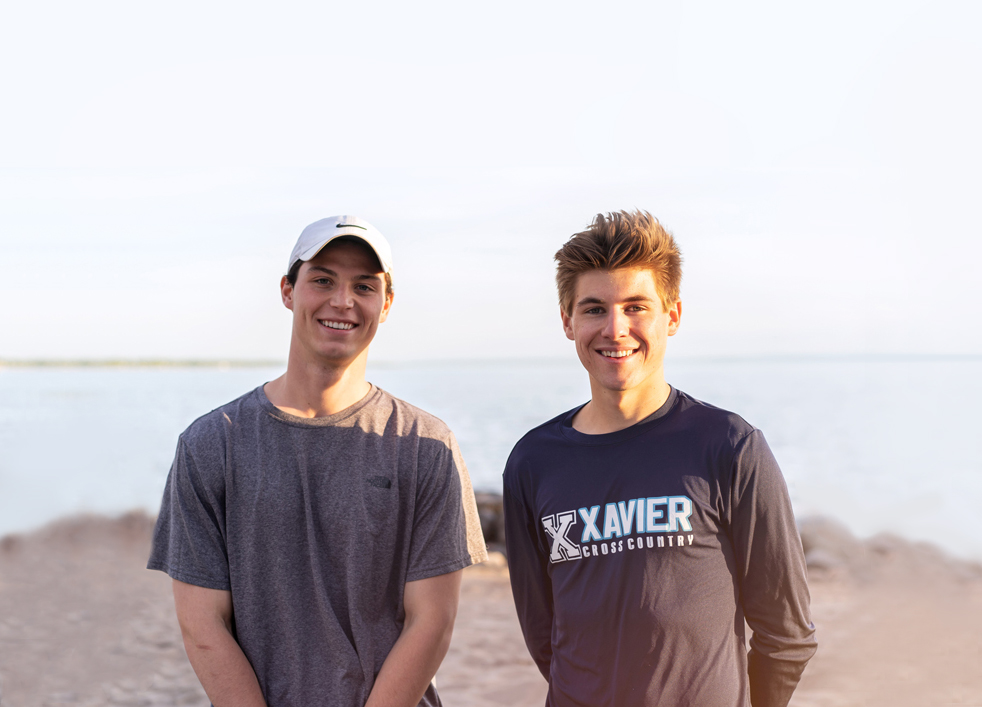 In February 2020, Luke Lambert and Graydon Staples were studying hard at university. Then, the COVID-19 pandemic turned everything upside down. The pair started thinking about how they could help—and now they’ve run a marathon for the first time, become donors supporting scientific research, and catalyzed a sense of hope and community.

On June 14, Lambert and Staples ran a marathon to raise funds for COVID-19 efforts, donating $15,100 to U of T’s COVID-19 Action Fund. They still can’t quite believe it.

“It’s crazy,” says Lambert. “Me and Graydon had a pretty small goal of $2,000. We thought even if we could raise that much, it would be incredible. And then literally within 24 hours, we smashed the goal!”

The pair raised $5,100 through more than 60 contributors to their Canada Helps page and $10,000 through a gift from a family friend, U of T Mississauga alumnus Richard Buzbuzian. “He saw that we were doing this and wanted to donate,” says Staples.

Staples and Lambert are lifelong friends from Horseshoe Valley, in the Barrie area of Ontario. Lambert, who is currently a third-year kinesiology student at Wilfrid Laurier University, has been a competitive freestyle skier for five years. Staples, who is studying chemistry and finance at St. Francis Xavier University, was a competitive road cyclist for six years before stepping back to focus on school. 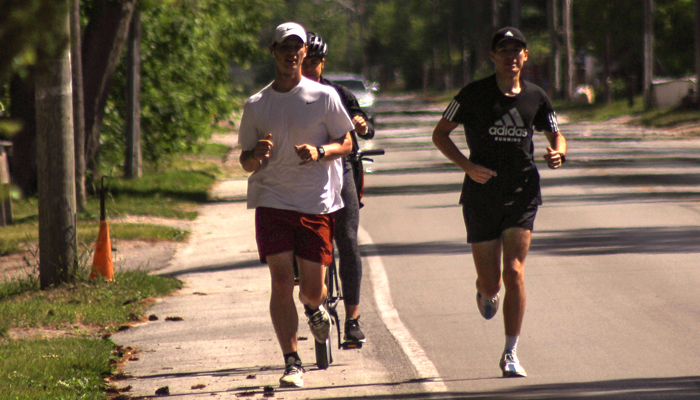 When the COVID-19 lockdowns began in March, the friends both had to return home. Not long after, they met while out running. “It was probably a week into the start of quarantine,” says Staples. “Luke was 18 kilometres into a run, and he said, ‘Do you want to do a marathon? And raise some money for COVID-19?’ I said, ‘Yeah, let’s do that’!”

They looked for a good cause to support. “We’re both in the sciences,” says Staples, “so the research idea stood out to us. I had just heard that U of T was part of a team that had isolated the virus for the first time. Giving the money to the right people who are going to use it the best is really important at a time like this.”

“Another cool part about this fund is U of T’s relationship with all the partner hospitals in the GTA,” says Lambert. “Hearing what the needs are on the front line is super important, and I feel like a lot of funds don’t have that ear to the ground that U of T does.

“In our community,” he adds, “there are a lot of nurses and doctors. Seeing them deal with the uncertainty—I definitely felt for them. I couldn’t imagine the stress of having to decide who gets a ventilator—that’s not necessarily happening in Canada, but that’s the sad reality for a lot of the world. A huge appeal of U of T’s COVID-19 Action Fund was we could help people overseas too. We both wanted something that’s going to be good for the long haul. Something that will put us closer towards a normal lifestyle again.”

Finding hope in the power of community to push for change

Lambert and Staples planned a route curving along the shore of Georgian Bay. About 10 kilometres in, they saw their finish line, Collingwood pier, across the water. “It was so tiny in the distance,” laughs Lambert.

After pushing through kilometre 32 to 38, where they had to run on a busy road in the hot sun, the trees opened up, and the pier appeared again—much closer at last. As neither had run a marathon before, they didn’t have expectations for their speed—but they finished in 3:39:05.

Both friends found that their fundraiser connected them to community, and hope.

“What I found fascinating,” says Lambert, “was that a whole lot of people reached out to me and Graydon and said ‘Hey, thank you so much for doing this. I had no idea how I could give back. Thank you for giving me a way to support something that I really care about that I didn’t know how to do before’.”

They both hope that the appreciation Canadians have gained for our health-care system and social safety net during the pandemic build into much-needed improvements.

“I would hope that the pandemic brings more awareness to what doctors and nurses are doing across the country and across the globe,” says Staples. “I think this will have lasting repercussions, and some of that’s going to change the way society runs.”

Lambert finishes the thought. “Physiotherapists and RMTs and chiropractors had to close, and the people that rely the heaviest on physiotherapy to get better were not getting that. The Canadian health-care system was already so backed up with people waiting to get MRIs and surgeries and things like that, so I hope the pandemic is a general wake-up call to realizing how important our Canadian health-care system is and improving it every day.”

“It feels good to give back in a way that we couldn’t before,” says Lambert. “So I’m glad that me and Graydon made a difference. The marathon was important, but raising money for a good cause was definitely what it came down to.”