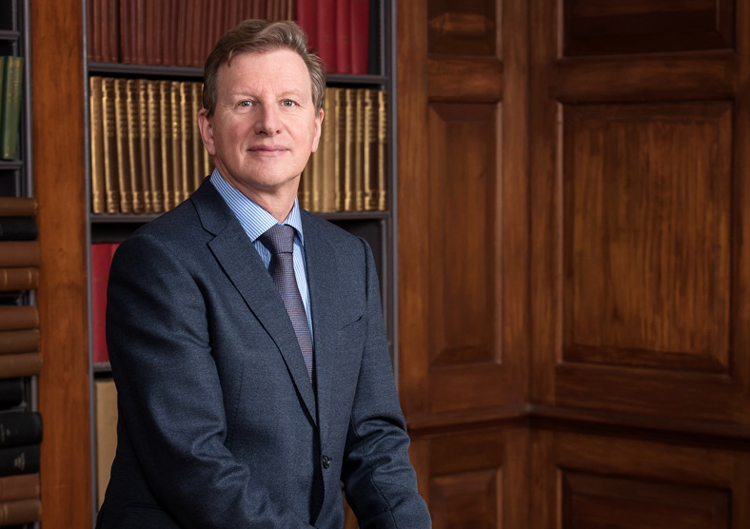 Thanks to visionary donors, U of T’s Tanz Centre welcomes world-renowned scientist as new director

Thanks to visionary donors, U of T’s Tanz Centre welcomes world-renowned scientist as new director

In May 2019, Professor Graham Collingridge FRS CBE was appointed as the new director of the Tanz Centre for Research in Neurodegenerative Diseases.

Collingridge works in the area of synaptic plasticity, which is considered the neural basis of learning and memory. His research identifies the molecules and mechanisms in the brain that underlie learning and memory to determine how errors in the process of brain cell signalling and flexibility contribute to major brain disorders such as Alzheimer’s disease, multiple sclerosis and fragile X syndrome.

In 2016, he was one of three recipients of The Brain Prize, the world’s most prestigious neuroscience award, bestowed by the Lundbeck Foundation in Denmark. The award recognizes Collingridge’s research into “long-term potentiation,” a model for understanding how memories form. In 2019, Collingridge was appointed Commander of the Order of the British Empire for his contributions to biomedical science.

“We are so pleased to have attracted someone of Graham’s calibre to lead the Tanz Centre,” says Professor Trevor Young, Dean of the Faculty of Medicine. “His deeply impressive body of research into the neuroscience of learning and memory and its role in brain disorders holds great promise in helping millions of people affected by Alzheimer’s and other devastating neurological conditions.”

U of T’s three decades of pioneering research in neuroscience

With nearly 30 years of groundbreaking neuroscientific discoveries — including identifying key genes responsible for early-onset Alzheimer’s disease — the Tanz Centre exemplifies the world-class research, innovation and learning taking place at the University of Toronto.

Under the direction of Dr. Peter St George-Hyslop—who served as director from 1990-2019 — the Tanz Centre has become a global leader in neurodegenerative disease research, transforming our understanding of Alzheimer’s disease and other dementias, Parkinson’s disease, ALS, prion diseases and other neurodegenerative conditions.

“Peter is a giant in the field of neuroscience,” says Collingridge. “When he began his pioneering research into Alzheimer’s in the 1980s, the disease was little understood. Today, thanks to Peter’s leadership and the Tanz Centre’s approach to pursuing basic scientific discoveries and translating these into therapies, we are able to more definitively diagnose and offer better treatment options to those suffering from these dreadful disorders of the central nervous system.”

Collingridge and his team will build on the Tanz Centre’s success by focusing on promoting excellence in research and fostering collaborations within the Tanz Centre, across the Toronto Academic Health Science Network (TAHSN), and internationally. “My first goal is to maintain and build upon the scientific excellence at the Tanz Centre by defining long-term objectives and securing the funding to bring even more outstanding investigators to work here,” says Collingridge. “Neurodegenerative disease is a huge problem facing people all over the world, and trying to understand the root causes is best tackled with collaborative, multinational efforts. Here in Toronto and Canada, we are extremely well-positioned to do just that.” 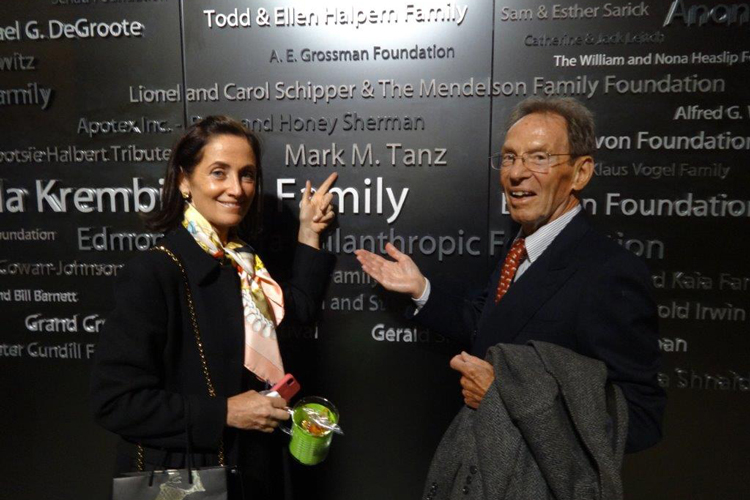 The generous donors who enable Tanz scientists to make a difference

From the outset, philanthropy has played an essential role in establishing and supporting the Tanz Centre and the leading researchers who work there.

After witnessing his mother Gertrude suffer from Alzheimer’s disease, Mark Tanz was determined to speed the progress of Canada’s research efforts to address the debilitating condition. In 1987, he donated $3.4 million to help establish the Tanz Centre. Since that time, he has contributed an additional $6.1 million to support the centre.

More recently, the Tanz Centre once again benefited from the support of a visionary group of donors, including a $2-million gift from the Krembil Foundation to establish the Krembil Family Chair in Alzheimer’s Research, to be held by Professor Collingridge as the Centre’s director. A commitment of $1.5 million from Mark Tanz’s son Stuart Tanz will provide critical support for the Director’s Priority Fund.

Stuart Tanz, who recently assumed his father’s role as Chair of the Tanz Centre Steering Committee, says it’s a great honour to continue his father’s legacy. “It is enormously gratifying and a great privilege to represent my family and fulfil my father’s vision to boost global research and education in neurodegenerative disease,” he says.

Mark Krembil, President and CEO of the Krembil Foundation, who also serves on the board of Brain Canada, U of T’s Governing Council and on the Tanz Centre Steering Committee, believes that groundbreaking discovery requires both recognition and support. “We have great faith in Professor Collingridge’s ability to oversee the exciting next chapter of the Tanz Centre story,” he says. “Our combined support was our way to ensure the Centre remains at the forefront of international efforts to untangle the brain’s mysteries.”

This generous donor support that led to bringing Professor Collingridge to the Tanz Centre will enable the Centre and its researchers to more effectively harness the knowledge and resources needed to drive discovery.

“It is an incredible honour to take over the helm of such an outstanding research centre as the Tanz,” says Collingridge. “Few places world-wide are as well-positioned as the University of Toronto to lead the global effort to understand, treat and prevent these complex neurodegenerative conditions. I look forward to building our network of researchers, and to the continued support of our community to help us make significant progress in such a socio-economically important field.”

Join these visionary donors in supporting game-changing discoveries at the Tanz Centre for Research in Neurodegenerative Diseases.

Join these visionary donors in supporting game-changing discoveries at the Tanz Centre for Research in Neurodegenerative Diseases.