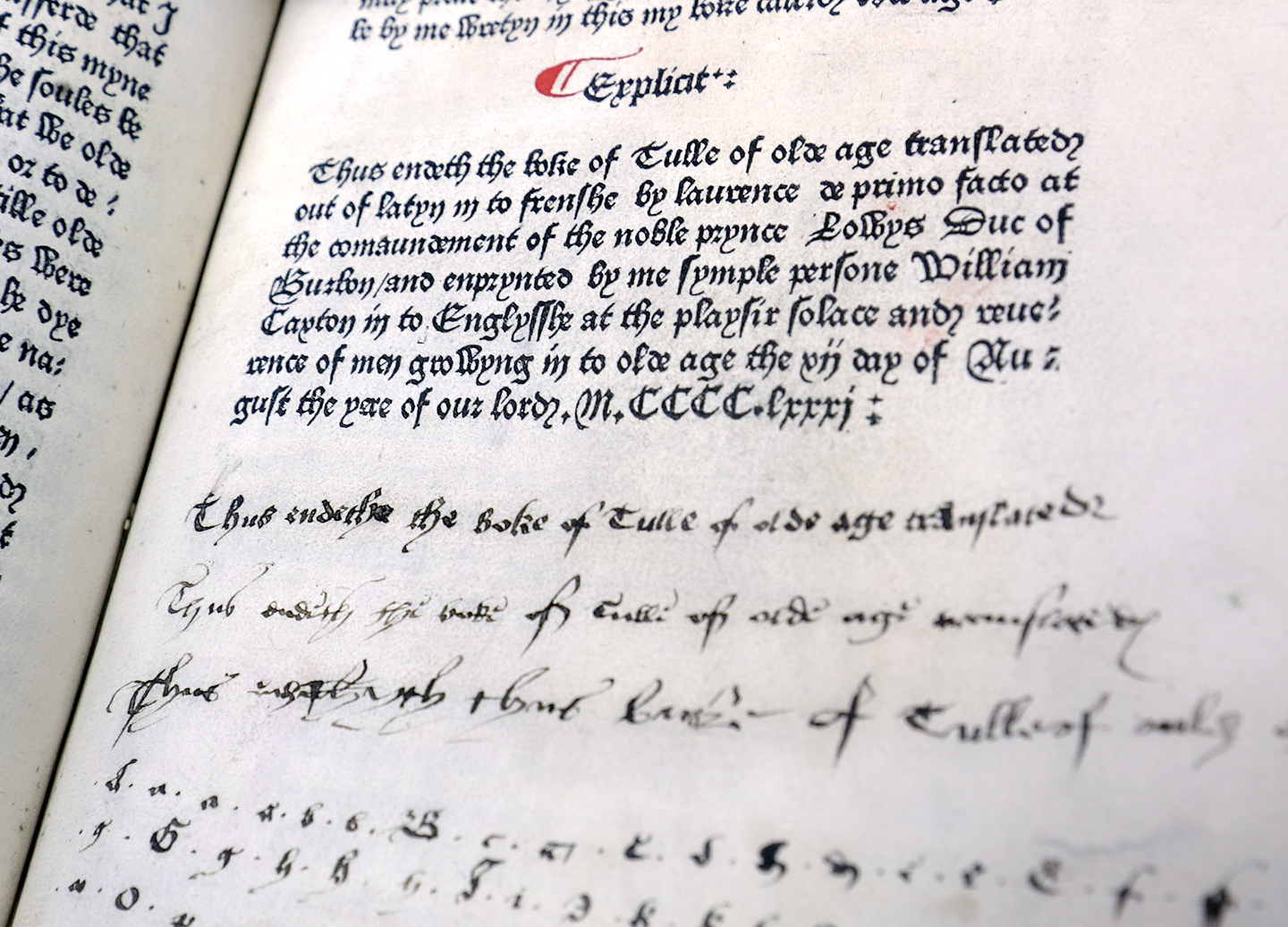 Leon Katz was a pioneering businessperson who came to Canada by way of Spain after the Nazi invasion of France, where he grew up. In 1948, he invented and patented a flickerless fluorescent lamp before founding Canada X﻿-﻿Ray Ltd. Over three decades, with his wife Johanna’s help, he also became a serious collector of Canadian books and art, eventually creating a two-volume book consisting of hundreds of paintings, sketches, prints, collages, autographs, music scores, poetry and prose.

Leon Katz was a prolific collector of Canadiana

Leon Katz died in 2000 at the age of 94 and, along with his collection, left a bequest to U of T’s Thomas Fisher Rare Book Library worth several thousands of dollars. Under Johanna’s guidance, the bequest established the Katz Collection at the Fisher Library, an annual lecture series and an acquisition fund for very rare materials. “Mr. and Mrs. Katz were great friends of the Fisher Library. We are honoured to be able to enrich our collection with the generous gift from Mr. Katz’s estate,” says Pearce Carefoote, head of the Department of Rare Books and Special Collections at the Fisher Rare Book Library.

The inaugural Katz lecture took place in 2009. Lecture topics focus on Canadian book history and bookselling and are delivered by well-known Canadian artists and authors.

The Caxton Cicero is the oldest English-language book in Canada

There is no way we would have been able to have this book without the generous bequest from Mr. Katz

Arguably the most notable piece in the entire Fisher Collection was made possible by many contributions, including the generous bequest from Leon Katz. The Caxton Cicero is considered the oldest English-language book in Canada. Printed in 1481, the book is the first text by any classical and humanist author that has been translated into English and one of some 108 books printed by William Caxton, a merchant who is credited with bringing the printing press to England in 1476.

“When we were approached with the opportunity to acquire this book, one of the logical places we looked to for support was the Katz fund because we knew it aligned with Mr. Katz’s interests in literature and that he would have been proud to have this rare piece in Canada,” says Carefoote. “There is no way we would have been able to have this book without many contributions, including the generous gift from Mr. Katz.”

The Fisher Library is a resource for multidisciplinary scholars

The book is of great interest to a wide range of scholars at U of T and beyond, from those studying book history who can look at the paper, the ink and the type to the departments of classics, medieval studies and history.

Other rare books acquired thanks to the Katz gift include the Vinegar Bible, a two-volume pulpit bible printed in 1717, noted for its misprint in the Gospel of Matthew of the word “vineyard” as “vinegar.” Despite the unfortunate mistake, Carefoote says it is one of the most beautifully printed books to come out of the 18th century.

The Fisher Library acquired the rare Album of Ontario scenes (1854-1856) thanks to the Katz gift. The album contains this early sketch of King’s College Circle. Photo courtesy of the Thomas Fisher Rare Book Library

A recent acquisition made possible from the Katz gift is an album of drawings and sketches of Toronto and the surrounding areas, from 1854 and 1856. “Given the Katz’s interest in Canadiana, this was a perfect fit,” says Carefoote. “Again, we would never have been able to purchase this album had it not been for the generosity of donors, including Mr. Katz’s bequest.” Carefoote says the library hopes to make the album public sometime next March in time for the City of Toronto’s birthday.