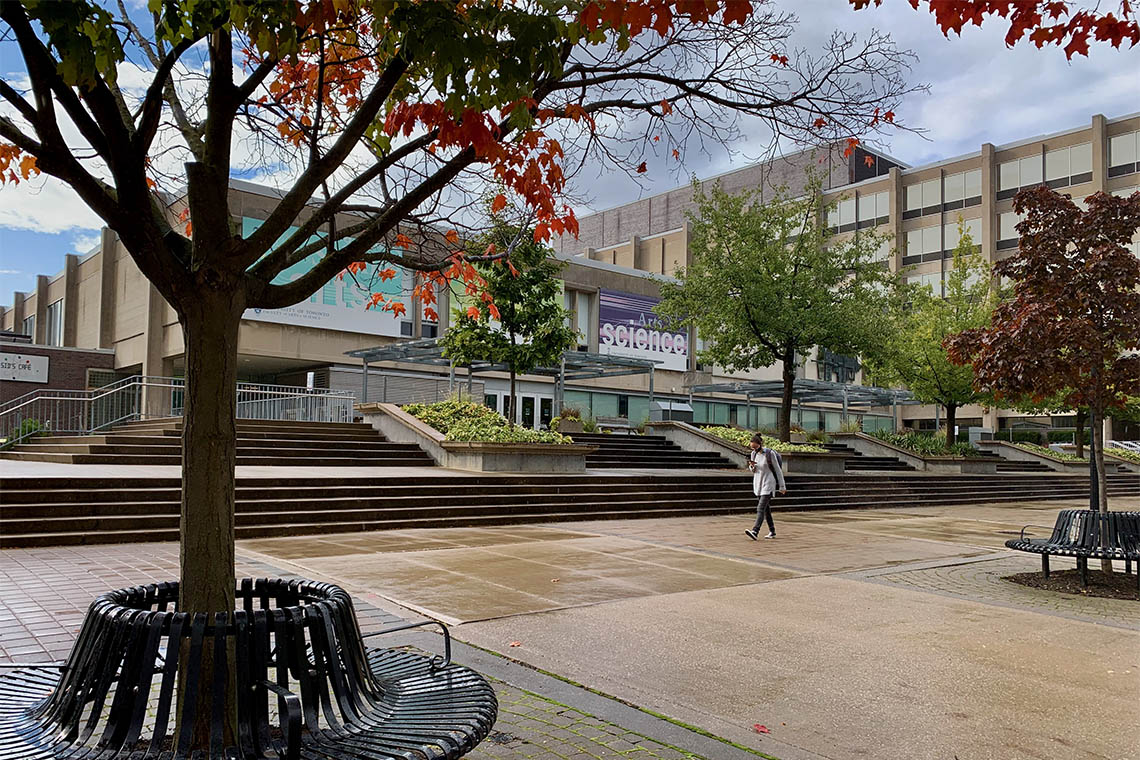 The University of Toronto ranks first in Canada and third globally in the latest National Taiwan University Ranking, which measures universities’ research output and impact.

U of T rose one spot in the 2020 edition of the ranking, finishing in the top three in the company of Harvard University and Stanford University.

It has placed in the top five of the NTU Ranking every year since 2014.

“The University of Toronto is home to world-class researchers who produce impactful research and make important discoveries each and every year,” said Ted Sargent, U of T’s vice-president, research and innovation, and strategic initiatives. “We are immensely proud to see our researchers’ work – as well as the work of all those who support them – recognized on the global stage.

“In a tumultuous year, it has become even more clear that research that cuts across traditional disciplinary cultures is ever more important. Tackling problems like COVID-19 and our recovery – our economic, health and societal recovery – requires the commitment and the collaboration of scholars not only from life and physical sciences, but equally from experts in social sciences and humanities.”

The NTU Ranking – officially known as the Performance Ranking of Scientific Papers for World Universities – analyzes the scholarly papers and research citations of the world’s top 800  universities. It scores each institution based on research productivity, impact and excellence.

Two other Canadian universities appear in the NTU Ranking’s top 50: the University of British Columbia (33rd) and McGill University (49th).

“Comprehensively excellent research-intensive universities are at the beating heart of vibrant cities, serving as magnets for talent and investment,” said Christine Allen, U of T’s associate vice-president and vice-provost, strategic initiatives.

“U of T’s Vector Institute for Artificial Intelligence and the recent gift to form the Temerty Faculty of Medicine – the largest single philanthropic gift in Canadian history – illustrate the local and the global drawing power of community-engaged universities such as ours.”

Alex Mihailidis, U of T’s associate vice-president of international partnerships, said the COVID-19 pandemic has highlighted the importance of the University’s role in addressing some of the greatest challenges facing the world.

“Crucial mission-oriented challenges such as those that have come to the fore in 2020 spotlight the critical contributions of comprehensively excellent universities such as those in the top of the National Taiwan University rankings,” he said.

U of T also fared well in the NTU Ranking by subject, finishing third globally in clinical medicine and in the top five in four other subjects: pharmacology and toxicology, psychiatry and psychology, social science and neuroscience and behaviour. In the NTU’s breakdown of universities by field, U of T came in third for medicine and fourth for social sciences.

U of T ranked first in Canada in 14 out of 24 subjects, reflecting the depth and breadth of its research.

BROWSE ALL NEWS
With a passion for STEM, U of T’s 2020 Schulich Leaders fly high
MORE NEWS

Mariam Abeid hoped for just $500 to help stay in school. A scholarship changed her world