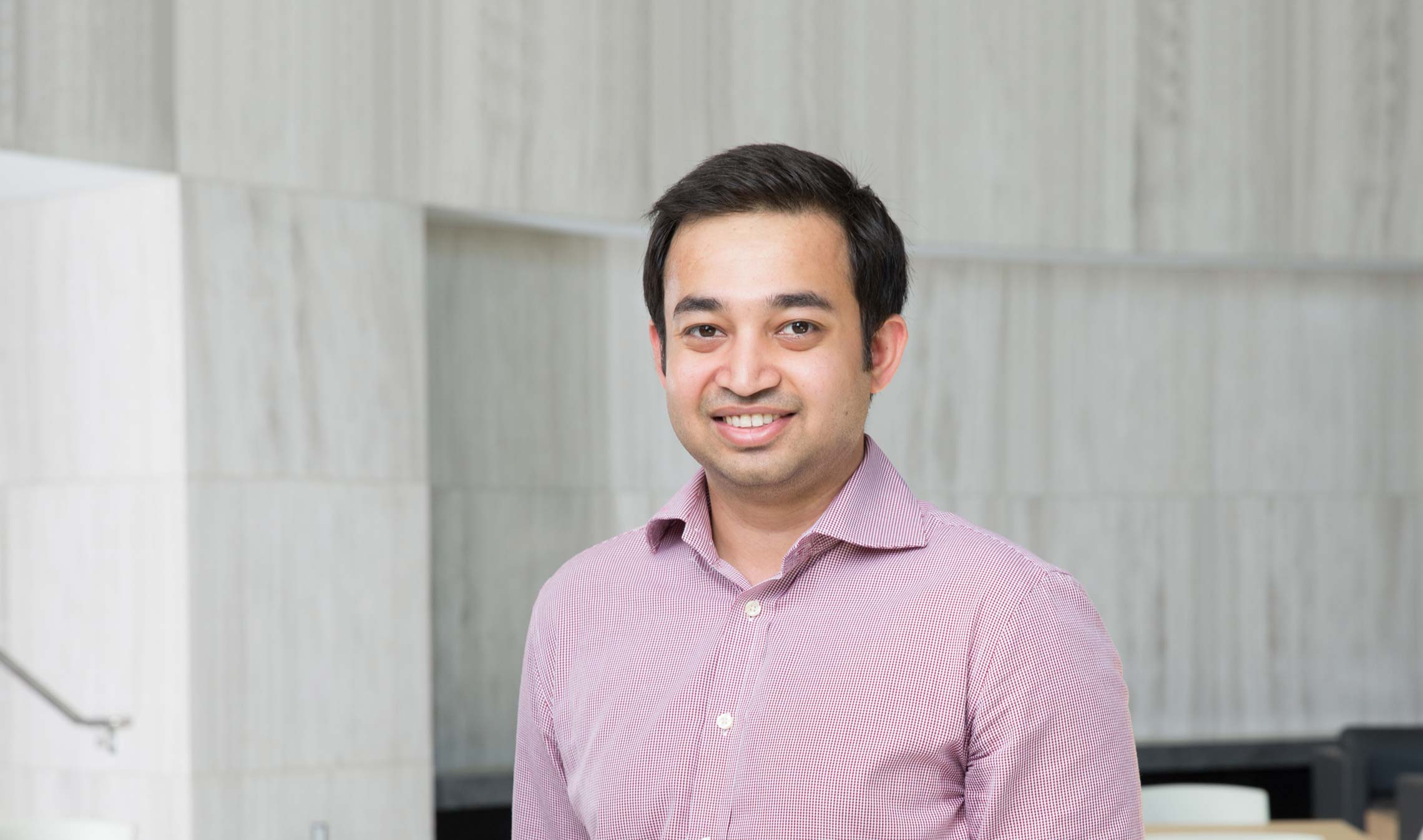 How can we make online shopping easier?

How can we make online shopping easier?

The sleek black app interface couldn’t be simpler—one by one, images of clothing scroll by. When you see an item you like, you tap a shopping bag. This is Butiik—the first step to an easier shopping experience for the digital world.

“The app is showing you the clothing in different stores that is actually physically available around you right now,” explains Syed Fakrul Arefin, the fourth-year U of T Mississauga student who is the Chief Operating Officer of the startup. When you add the items you like to your shopping bag, you can then explore prices and find out which stores to visit for a try-on session.

Could we have the best of both online and offline shopping?

Arefin and his partners, fellow undergrads Sheikh MD Usamah Monir and Marzooq Haque, plus York graduate Ahmad Zia, were midway through their third year when a friendly conversation turned to their shopping woes. “I was an order-online-only shopper,” says Arefin. “But mostly I would have to go back to the stores to return things, or get them hemmed or fixed. It was a bigger hassle than just going to the store, trying it on and purchasing it.”

“We wanted to see a integration between the online and offline forms of shopping,” he says.

The group brainstormed ways to bridge the gap. “It would be more convenient,” says Arefin, “if we had a service which would show us everything around us, give us a location, and tell us if it’s available in the store.”

Connecting with U of T Mississauga’s I-CUBE accelerator

Drawing on the lessons learned in their classes in UTM’s Digital Enterprise Management program, Arefin and team began the long process of bringing their idea to market. “First we went to malls and shopping strips around Toronto and interviewed around 500 people,” he says. “Both shoppers and stores–to see if they actually wanted a product like this.”

The answer was a resounding yes, so the team moved forward. By the end of the school year they had joined I-CUBE, U of T Mississauga’s student business accelerator.

“We got legal help and graphic design help,” says Arefin. “We use their office space; they gave us direction on how to improve our business model. And they helped us out of difficulties.” For example, when the team was hitting dead ends trying to speak with storeowners, their I-CUBE advisor Vigen Nazarian provided a contact and explained how to make a pitch before you have a product. Arefin’s team also got linked up with the U of T-affiliated MaRS Innovation hub downtown, and forged a partnership with venture capital firm LiquidProject.

“It was hectic but fun at the same time!” says Arefin. The team refined their vision—for example, their business model now includes commissions on sales made through the app.

He also drew on his UTM coursework for practical help. “I took a course in technology law,” he says, “and that helped me take care of the incorporation and the trademarks.” The team now has a working app, and is planning a soft launch to gather invaluable user feedback. When they graduate this spring, they’ll be their own employers, just as they hoped.

Arefin credits his university experience with helping build the confidence needed to launch a business. “Most of my courses required group work where someone had to manage the entire project,” he says. “Most of the time, I did that. And that actually gave me the knowledge: yes, I can manage a small group of people. More than leadership, it helped me learn how to work with a team properly, and get the best benefit out of a team.”

BROWSE ALL STORIES
How can talking showerheads save water?