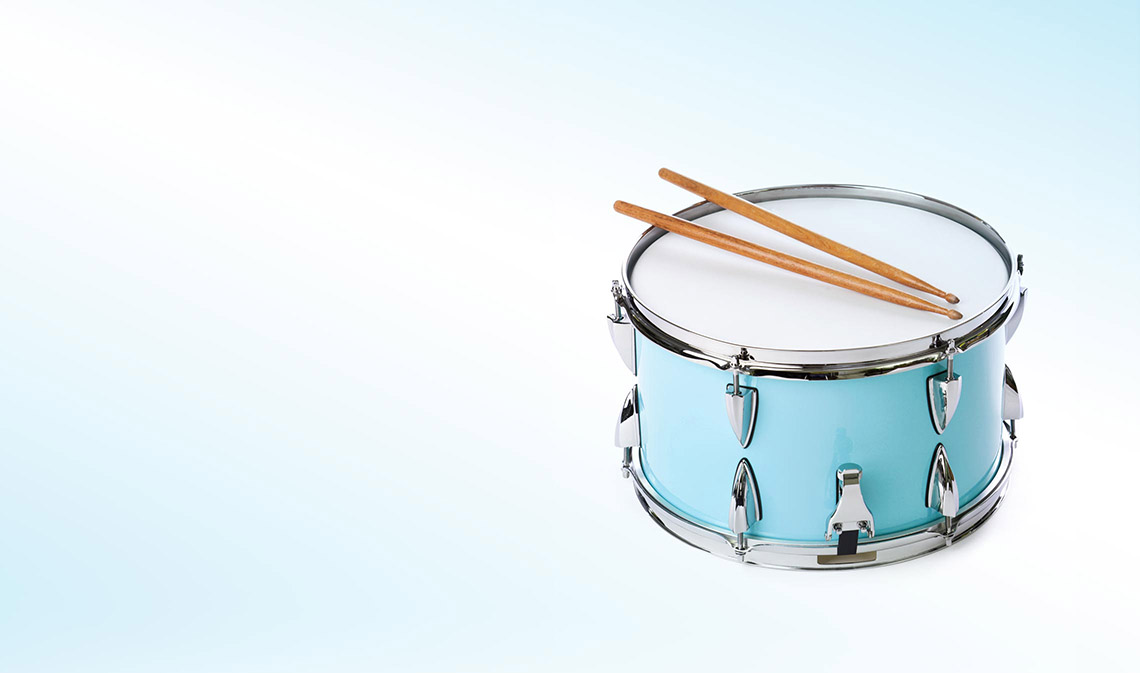 Stroke victims often lose the capacity to control the movement of their arms, hands, legs and feet. The stroke disrupts the brain’s connection to the patient’s limbs. However, this brain damage rarely affects the auditory system; patients generally do not lose their hearing. What if the ability to hear can help us recover the ability to move after a stroke?

Using the auditory system to work around the motor system

U of T neuroscientist Professor Bernhard Ross, along with colleagues Takako Fujioka and Deirdre Dawson, believe we can work around the damage strokes do to the motor system of the brain by making use of brain’s auditory system.

“If you synchronize auditory input with the movement of the hand,” Ross says, “you might be able to employ this second pathway.” The key lies in linking mobility with listening, and it turns out that the highly specific movements required for playing musical instruments are an excellent way of making the link. As Ross explains, playing music demands precise movements, exact timing, and special attention to the amount of force applied to the instrument. Moreover—and perhaps most importantly—patients receive immediate feedback in the sounds they make, allowing them to attempt ever-more subtle adjustments in movement to achieve the desired musical result.

Neuroplasticity—the brain’s ability to morph its neural structure over time—has been a hot topic in recent years, and recovering mobility after a stroke through music seems to exemplify it. Patients effectively use musical feedback to reshape the neural pathways their brains governing the movement of their limbs.

The difference 15 music lessons can make

The three patients that Ross and his team worked with in a pilot project at Baycrest (a University of Toronto–affiliated research hospital) have all made remarkable improvements. One learned to play drums, another keyboards, and a third worked with both instruments. Using magnetoencephalography (MEG), Ross measured the sensorimotor maps of his three stroke patients and compared the results to those of healthy people. Initially, the MEG results showed up irregular pattern in the brains of his patients. However, after only 15 sessions of training on a musical instrument, the MEG results to start returning to normal. The musical feedback was helping the patients to slowly rewire their brains.

U of T’s groundbreaking Music and Health Research Collaboratory

Ross and his colleagues are part of a new multi-disciplinary project housed in U of T’s Faculty of Music, the Music and Health Research Collaboratory (MaHRC). Along with Ross’s work, MaHRC supports other approaches to combining music and health. In all, MaHRC comprises five distinct but related areas of inquiry under the moniker “Sound Health.” These include the therapeutic and medicinal effects of music; the way music connects mind and body; the cultural importance of music; the science of musical pedagogy and performance; and the role of music in human development. U of T also launched Canada’s first doctoral and masters programs folding music into health.

One great advantage of MaHRC and these new programs will be to put clinicians in conversation with neuroscience researchers, allowing for an exchange of ideas that is not possible with more traditional institutional divisions. The faculty and students will thrive in this new environment. No doubt the biggest beneficiaries, however, will be those, like Ross’s stroke patients, who recover their health through music as a result of MaHRC’s work.

BROWSE ALL STORIES
Who will lead the big data revolution?