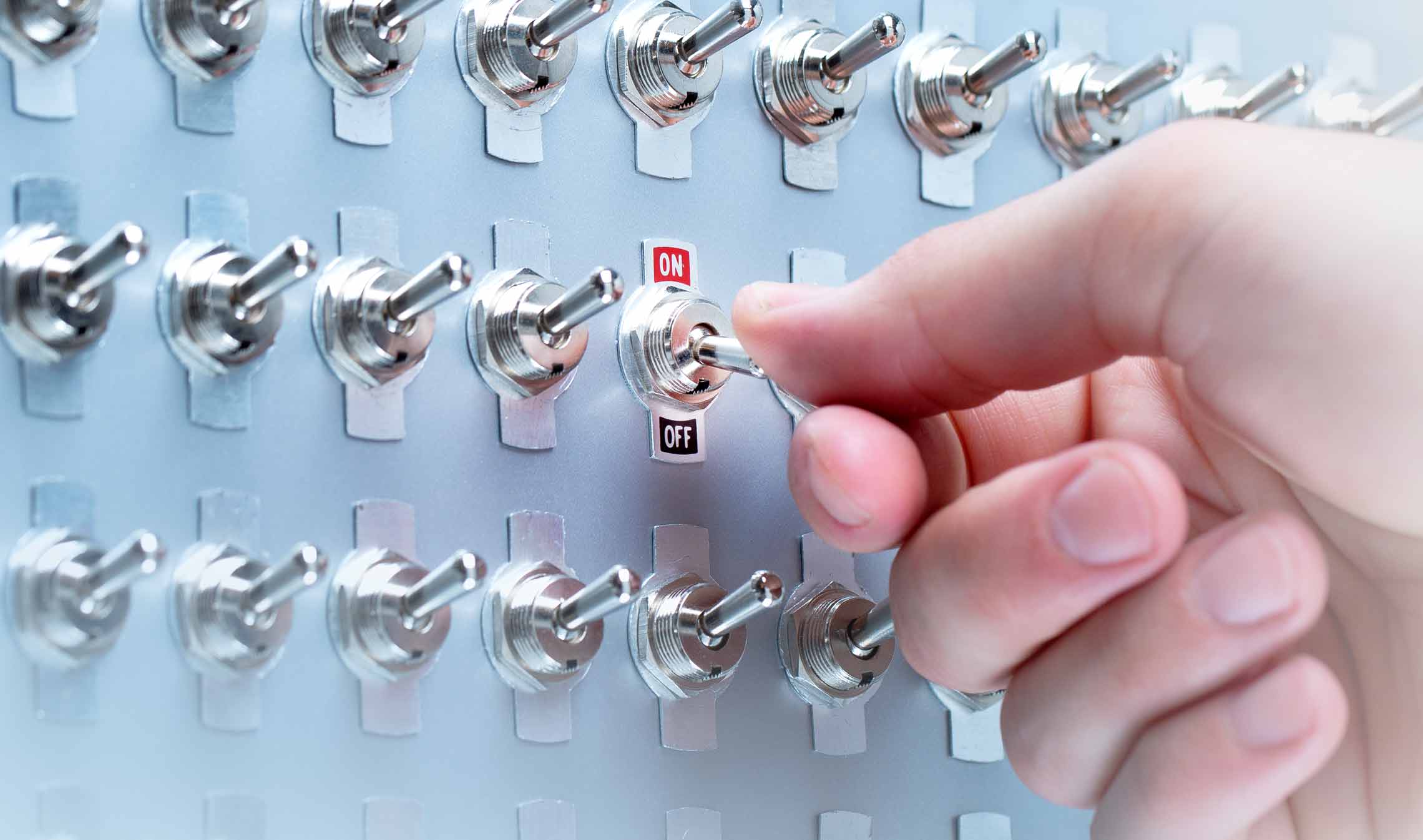 How do we switch off cancer?

How do we switch off cancer?

Chemists have been synthesizing anti-cancer drugs for decades, but it’s only in the past few years that they’ve tailored drugs to target proteins exclusively over-activated in cancer cells, minimizing harm to healthy cells. U of T Mississauga chemistry professor Patrick Gunning has made a name for himself doing just that – switching off cancer, in fact. The molecules that he’s been developing bind to certain proteins – called STAT3 and STAT5 – inside cancer cells.

When working normally, these proteins promote growth in normal cells by switching on for a short period. But when malfunctioning, they don’t switch off and this causes tumours to grow.

“These proteins play a key role in 70 percent of known cancers,” Gunning says. “Even though normal cells can survive without STAT3, cancer cells can’t. So we realized that if we could find a way to disrupt the function of STAT3, we should be able to stop cancer cells from replicating.”

While this discovery could lead to treatments for many types of cancer, Gunning’s team is focused on designing molecules to halt breast cancer, leukemia and brain cancer.

“Our task is to develop molecules that target a human protein with the highest binding potency and selectivity possible,” Gunning says. “Also to improve its stability to human metabolic enzymes so that when it does go into a human, it has the best possible chance of working.”

What Gunning calls “a very promising molecule” has been shown to switch off cancer in animals and in numerous different human cancers, including brain cancer. Healthy cells were not compromised during these experiments. The goal is to go through clinical trials that will prove the efficacy of this product either as an anti-cancer agent for the devastating forms of cancer Gunning is focusing on or as therapies that could be used in conjunction with traditional chemotherapy treatments.