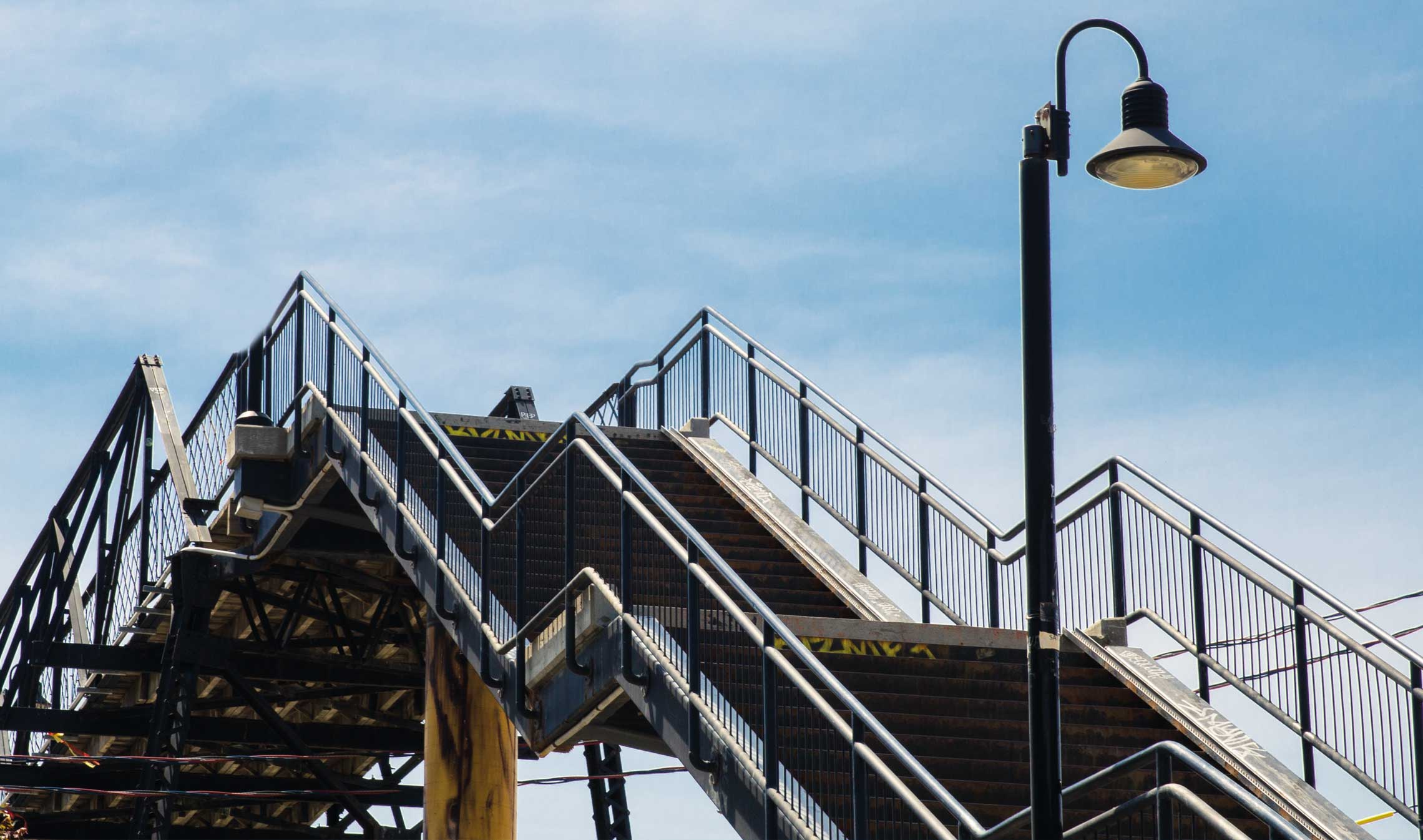 Can we make our cities accessible for everyone?

Can we make our cities accessible for everyone?

Professor Ron Buliung intends to use his position at the University of Toronto to make a difference in the lives of some of the most vulnerable members of our population.

Buliung, a professor of geography at University of Toronto Mississauga, had been focusing his research on the everyday lives of children in cities, in particular school transportation.

But an event in his personal life prompted him to change his research focus to making cities more accessible for the disabled and those with diseases that limit their mobility.

His youngest daughter developed spinal muscular atrophy when she was about six months old. It is a degenerative disorder—kind of like a children’s form of ALS.

Transportation research was primarily constructed from an ableist perspective

Buliung started to notice that transportation research was “primarily constructed from an ableist perspective.” The literature would show children who were able to walk or cycle or skateboard, and he began thinking, “where is my family? What does active mobility look like for my daughter?”

With grants from UTM and Metrolinx, Buliung began looking at disability and access to education, and also to expanding the “active transportation agenda to include accessibility, which is critical.”

Looking at the city through new eyes, Buliung sees the numerous barriers facing children with disabilities.

After the Santa Claus parade in 2014, the family came back to Jane TTC station, the nearest one to their home with an elevator. When they got there, the elevator was out of service. Buliung and his wife had to carry their daughter in her mobility stroller up two flights of stairs, “and we nearly dropped her at the top.”

It’s not just about wheelchair accessibility

Since that time, Buliung has been taking pictures around the city of environments that wouldn’t work for his daughter. He notes that the Ontario Disability Act doesn’t come into place until 2025. “We are so far behind in improving accessibility for not just people in wheelchairs but people who have a range of challenges.”

For example, although his daughter has full cognitive ability, she doesn’t have the strength to push the button on the elevator. “That means she has to have an attendant with her, which means all kinds of additional costs.”

It would be a simple thing to change the button, he says, that would free up an attendant to work with someone who has even greater needs. “We are not talking about a huge brick and mortar change here, we are talking about just a button.”

With Ontario’s aging population, “there has been a lot of thinking about accommodating the changing mobility needs of that particular group,” he says.

“We have to remember that the idea of inclusive design or universal design is not just about repairing or changing things about one particular group, but by doing so you might have positive effects across the whole population.  There are points of intersection between the elderly with mobility needs and children living with chronic diseases.”

Buliung uses the example of his older daughter to illustrate how attitudes can change. She was playing with blocks and Buliung noticed that she had built two ramps into the structure. When he asked her what they were for, she replied: “For my sister.”

“My older daughter’s perspective on these things is forever changed,” he says. “Changes aren’t going to happen overnight, but it’s in childhood where some of the seeds are sown.

“These stories from my life are helping me think about my own research and how I might use it to collaborate with public institutions to effect some kind of positive change with regard to accessibility.”