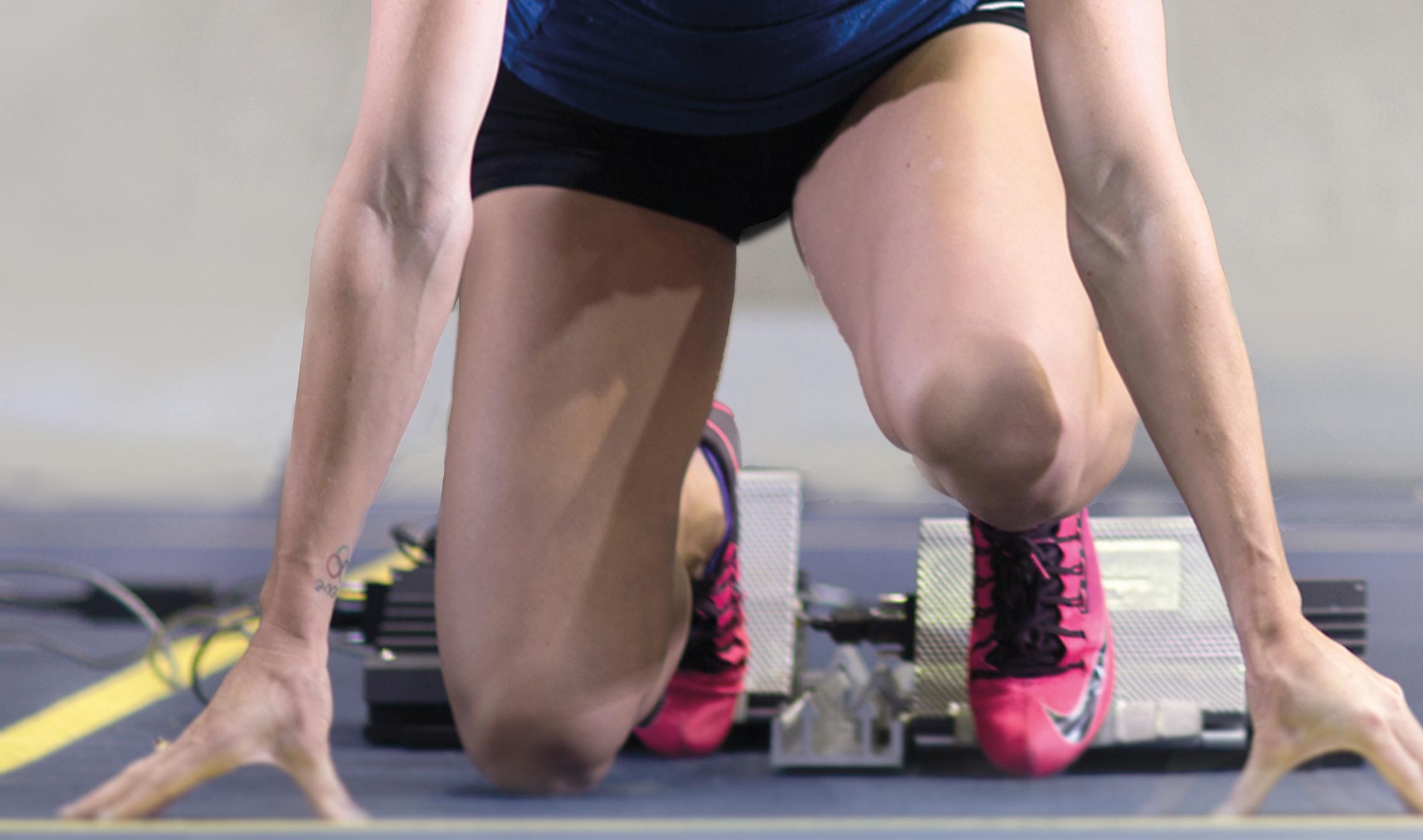 Can we improve the art of start?

Can we improve the art of start?

“Your start sets up your entire race,” says Olympian hurdler Sarah Wells. “When you have a great start, you’ve already done the work early and can carry that momentum forward.”

How to measure what happens on the starting block

To help sprinters make the most of their starts, researcher Lindsay Musalem from the Department of Exercise Sciences uses starting blocks fitted with special plates to measure and analyze forces generated by athletes as they launch themselves into action.

“I get the outputs of the forces on the plates, run them through a couple of scripts, and then I’m able to provide the magnitude, direction and speed of force development,” says Musalem. This way, she measures how quickly athletes can optimize their force output when taking off. Armed with data, an athletics coach can help runners improve and track their performance.

Harnessing data to “Own the Podium”

Own the Podium, a non-profit organization dedicated to fostering excellence among Canada’s athletes, created the force plates and asked Musalem, who is supervised by Professor Tyson Beach, if she could devise a way to use them to enhance training. Musalem agreed and has incorporated the project into her research.

“What I’m really looking at for my thesis is how much force variability exhibited by athletes when they’re training,” she says. “I don’t want to be the one to give the athletes feedback because I’m not a track coach. My role is to provide coaches and athletes with data from the daily training environment.”

The force plates also provide directional measures, telling Musalem how much force an athlete applies left, right, up or down. “If you were to talk strictly mechanics and ignore the fact that there’s a human in the blocks, ideally you would want to be producing solely horizontal forces,” says Musalem. “But that’s impossible because then you’d fall over. So you find that balance between the vertical and horizontal forces that allows you to come into the acceleration phase successfully.”

Research aside, Musalem’s work is proving a valuable tool for Varsity Blues sprinting coach Bob Westman. “It’s great because we get real-time results that we can take back to our offices to analyze and apply to training.”

Sarah Wells agrees. “One of the benefits to training at U of T is the research like Lindsay’s. It helps me find that extra edge.”

For U of T, Musalem’s research and its benefit for athletes is part of a broader push to make the university an internationally recognized force in sports, kinesiology and physical education. In 2014, U of T opened the Goldring Centre for High Performance Sport, which houses sports such as basketball and volleyball and several amenities, including a state-of-the-art strength and conditioning centre, a sport medicine clinic and research and teaching laboratories. Varsity Centre has also been recently rejuvenated with generous support from donors and government partners.

BROWSE ALL STORIES
How do we prepare students for an open world?