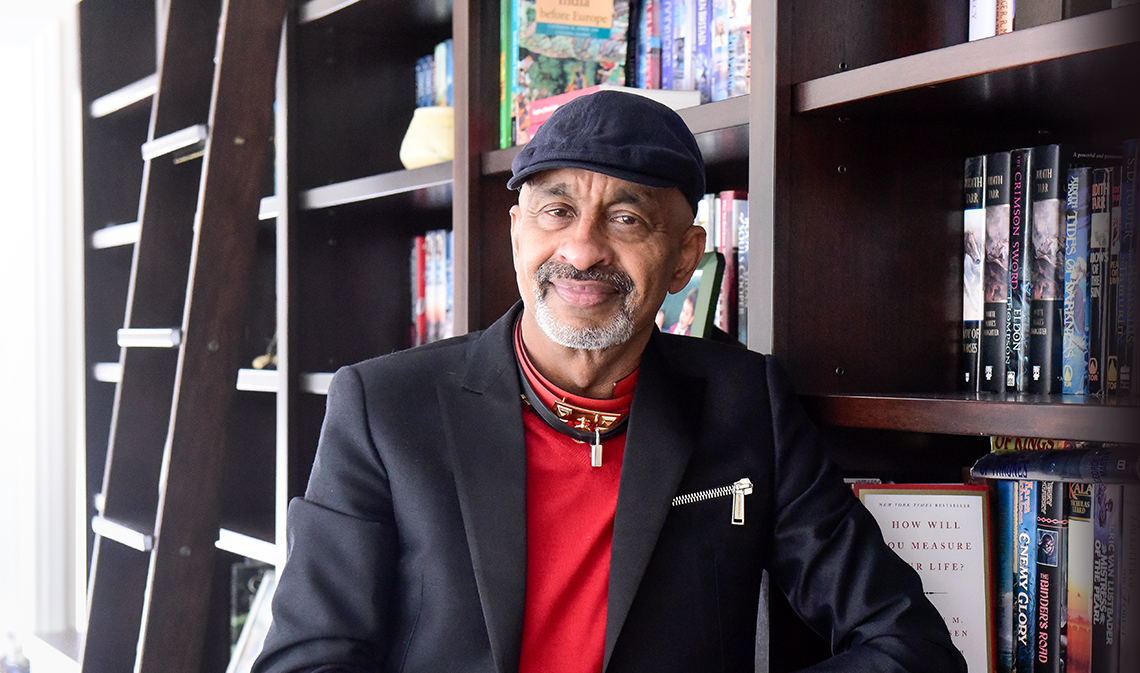 When Ravi Gukathasan (BSc 1982 UTSC, PhD 1987) enrolled at Scarborough College in the late 1970s, he was one of just a handful of Sri Lankan Tamil students on campus. He had just immigrated to Canada with his parents—they had sensed the danger of a looming ethnic conflict in their country. Then, by the time Gukathasan was in graduate school, pursuing a PhD in chemistry, Sri Lanka was in turmoil. In response, refugees from the island country were streaming into Scarborough, which would become home to the largest Tamil community in the Sri Lankan diaspora.

Gukathasan completed his PhD at U of T in 1986 and in the process acquired a taste for business while working with a friend selling T-shirts to university clubs.

We have the biggest Tamil diaspora in the world. They need to be proud

And out of that early business experience, his company, Digital Specialty Chemicals, was born. It’s a family firm—Gukathasan’s wife, Caroline Schweitzer (BSc 1987 UTSC, MSc 1989, PhD 1993), is the COO—manufacturing highly specialized chemical products that are used in everything from pharmaceuticals to computer chips. Located just a 10﻿-﻿minute drive from U of T Scarborough, their company is a proud Scarborough success story.

So in 2016, when Gukathasan decided to make a gift in support of Tamil studies at his alma mater, the only surprise was the amount—$2 million, the largest cash gift to U of T Scarborough in its 55-year history. The gift will fund an annual post-doctoral fellowship in Tamil studies as well as scholarships, event programming and digital archiving.

For Gukathasan, the donation was an important investment—not just in the school he attended, but in the well-being of his Tamil community. “I want U of T Scarborough to be a star when it comes to the Sri Lankan Tamil diaspora—its culture, its language, its perspective in the world,” he says. “We have the biggest Tamil diaspora in the world in Scarborough. They need to be proud.”

Gukathasan had hoped his gift would serve as an example for other members of the Tamil community to follow—“I think $2 million is a very good nucleus to begin from,” he says.  And indeed, additional gifts have recently followed: a $327,000 donation from adjunct professor of anthropology Brenda Beck, a renowned expert on Tamil folklore, and a pledge made by Tamil Chair Inc. and the Canadian Tamil Congress to raise $3 million to create a chair in Tamil studies at the University of Toronto Scarborough.

Tamil is still spoken by 70 million people worldwide and is one of the world’s oldest living languages.  The Tamil language, history and culture are such an important part of the human experience, and of the story of immigration and refugee settlement in Toronto, that UTSC is delighted to be able to strengthen Tamil studies.

For Gukathasan, it’s just the beginning. “I hope we can keep building this program,” he says, “and make it very, very well-funded and well-rounded.”