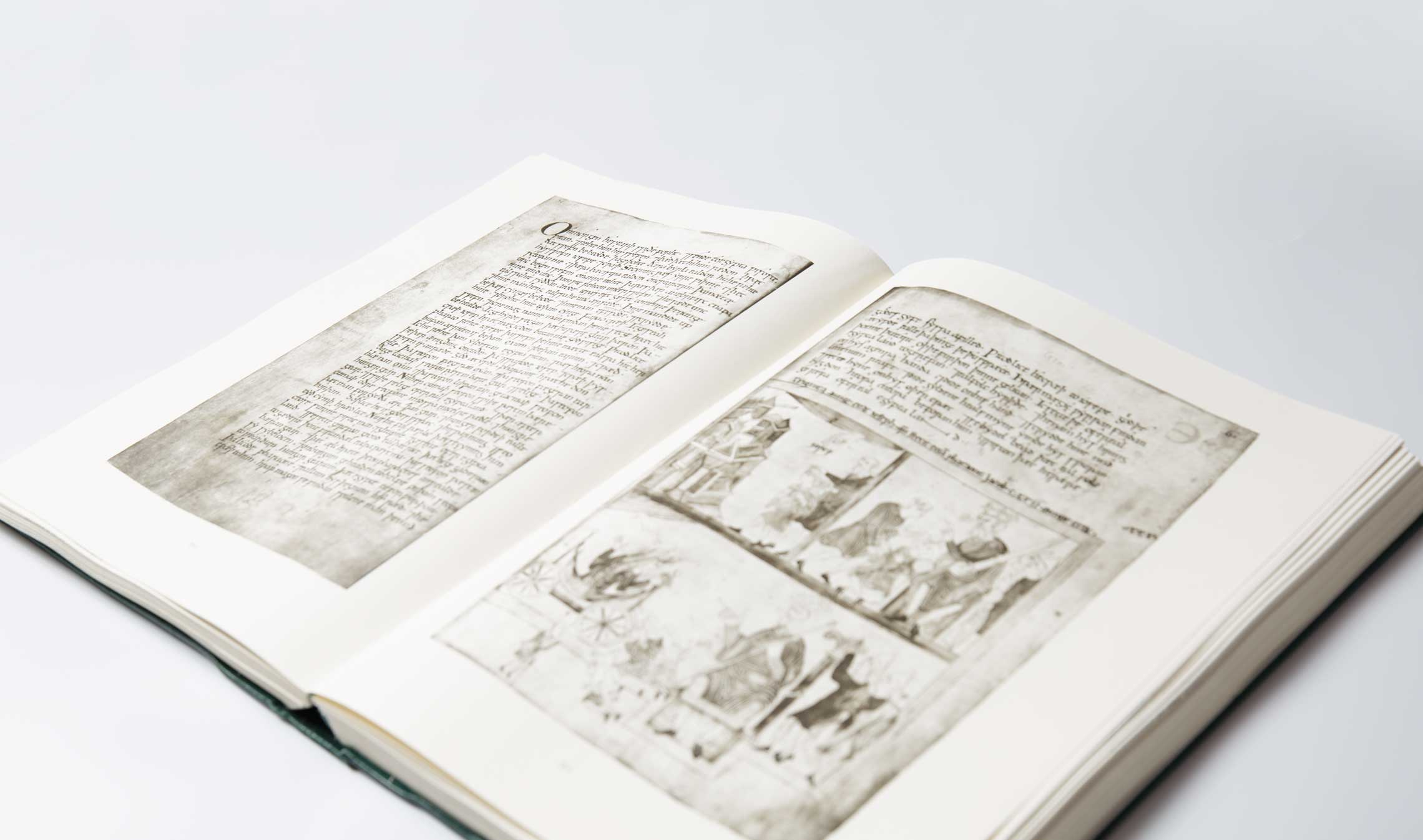 What’s the DNA of the English language?

What’s the DNA of the English language?

The Oxford English Dictionary (OED) is the master document of modern English. The Middle English Dictionary (MED), completed at the University of Michigan in 2001, records the form English took after the Norman invasion of 1066. Yet Old English originated five centuries earlier, when the Germanic dialects of Anglo-Saxon migrants took on new shape in the British Isles.

Getting to the roots of the English language

These roots of our tongue still need an exhaustive account. To that end, the Dictionary of Old English (DOE) at U of T is assembling and parsing the world’s most authoritative record of the language’s oldest form.

The task is a vital one. Professor Toni Healey, a former editor of the DOE, sees it as an essential resource. “What the human genome project is to biology and the periodic table of elements is to chemistry,” Healey says, “dictionaries are to the humanities.” They both reflect and govern our use of words, setting out the building blocks of human thought, meaning and value.

Old English survives in Anglo-Saxon words like “heart” and “head.”  As Healey claims, “the words of Old English are a part of the living tissue of the language we speak today.” It also lives on in foundational literature of the language, such as the epic poem, Beowulf, and in the oldest texts of English law.

More than words: how language reveals the essence of a culture

Professor and recent Editor Roy Liuzza sees language as the essence of culture. The DOE is “not just a portrait of who the Anglo-Saxons were, but who we are and where we come from.” A clear grasp of ancient English uncovers old customs that inform social issues today. Liuzza tells of how parsing Old English legal texts reveals a degree of gender equality under Anglo-Saxon rule that was lost for many centuries after the Norman invasion.

Begun in the 1970s as a groundbreaking foray into the digital humanities, the DOE has two distinct areas of focus. First, it has assembled and digitized the entire extant literature written in Old English between CE 600 and 1150. Every written word, “including poetry, charms, inscriptions on jewelry and on stone, historical and legal documents, botanical and medical texts, has been input to build a corpus of Old English,” the DOE reports. This master corpus of Old English is now available to institutions and individuals online.

Second, the DOE treats the digital corpus as the master source for the dictionary. Exhaustive and definitive, the DOE thereby sets itself apart from all previous dictionaries of Old English. “Accessing this comprehensive corpus,” the report claims, “the editors of the DOE survey each and every example, reviewing, analyzing and organizing the evidence into roughly 35,000 headwords.”

The process takes an effort worthy of Beowulf himself. With the lexicon approximately 60 percent complete, there is still more than a decade to go, but, along with the master corpus, entries for letters “a” through “g” are already available. Thanks to grants from Toronto’s Salamander Foundation, New York’s Andrew W. Mellon Foundation among other prestigious agencies, and many donations from private individuals, the DOE is looking ahead to completing the project.

Once complete, the DOE will stand with the MED and the OED to provide a fully indexed, historically complete lexicon of English. The three dictionaries have made their digital platforms interoperable, with cross-referenced hyperlinks to carry users from one to the other. Research using these tools promises to give us greater insight into our language, culture, and history than we have ever had before.

BROWSE ALL STORIES
What will the darkest galaxies bring to light?