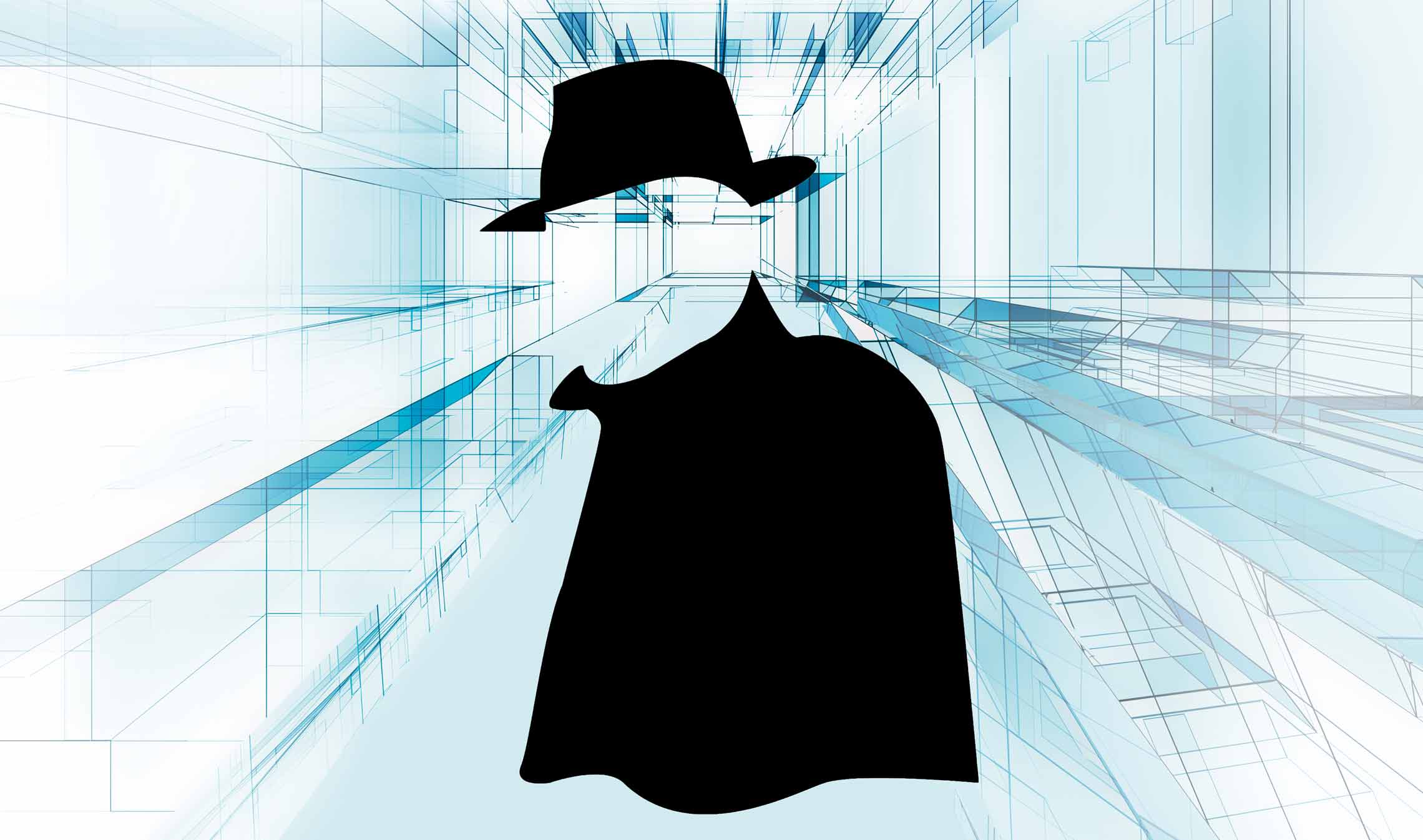 Invisibility cloaking is no longer the stuff of science fiction: two University of Toronto researchers have demonstrated an effective invisibility cloak that is thin, scalable and adaptive to different types and sizes of objects.

Professor George Eleftheriades and PhD student Michael Selvanayagam of the Edward S. Rogers Sr. Department of Electrical & Computer Engineering have designed and tested a new approach to cloaking by surrounding an object with small antennas that collectively radiate an electromagnetic field. The radiated field cancels out any waves scattering off the cloaked object.

“We’ve taken an electrical engineering approach, but that’s what we are excited about,” says Eleftheriades. “It’s very practical.”

How to fool a radar detector

In this way, the mailbox becomes undetectable to radar.

“It’s very simple,” says Eleftheriades. “Instead of surrounding what you’re trying to cloak with a thick metamaterial shell, we surround it with one layer of tiny antennae that radiates back a field that cancels the reflections from the object.”

The experimental demonstration effectively cloaked a metal cylinder from radio waves using one layer of loop antennas. The system can be scaled up to cloak larger objects using more loops, and Eleftheriades says the loops could become printed and flat, like a blanket or skin.

For now, the antenna loops must be manually attuned to the electromagnetic frequency they need to cancel. But in future, the researchers say, they could function both as sensors and active antennas, adjusting to different waves in real time, much like the technology behind noise-cancelling headphones.

Work on developing a functional invisibility cloak began around 2006, but early systems were necessarily large and clunky–if you wanted to cloak a car, for example, in practice you would have to completely envelop the vehicle in many layers of metamaterials in order to effectively “shield” it from electromagnetic radiation. The sheer size and inflexibility of that approach makes it impractical for real-world uses.

Earlier attempts to make thin cloaks were not adaptive and active, and could work only for specific small objects.

Why an invisibility cloak could improve cell reception

The cloaking technology holds promise for applications beyond obvious ones such as hiding military vehicles or conducting surveillance operations. For example, structures that interrupt signals from cellular base stations could be cloaked to allow signals to pass by freely.

The system can also alter the signature of a cloaked object, making it appear bigger, smaller, or even shifting it in space.

What’s next: hiding from your eyes

Eleftheriades says while today the cloaking system works best with radio waves, re-tuning it to work with Terahertz (T-rays) or light waves is possible as the technology matures. “Adapting this technology for applications using light is a very hot area of research.”

BROWSE ALL STORIES
Can solar paint power our world?