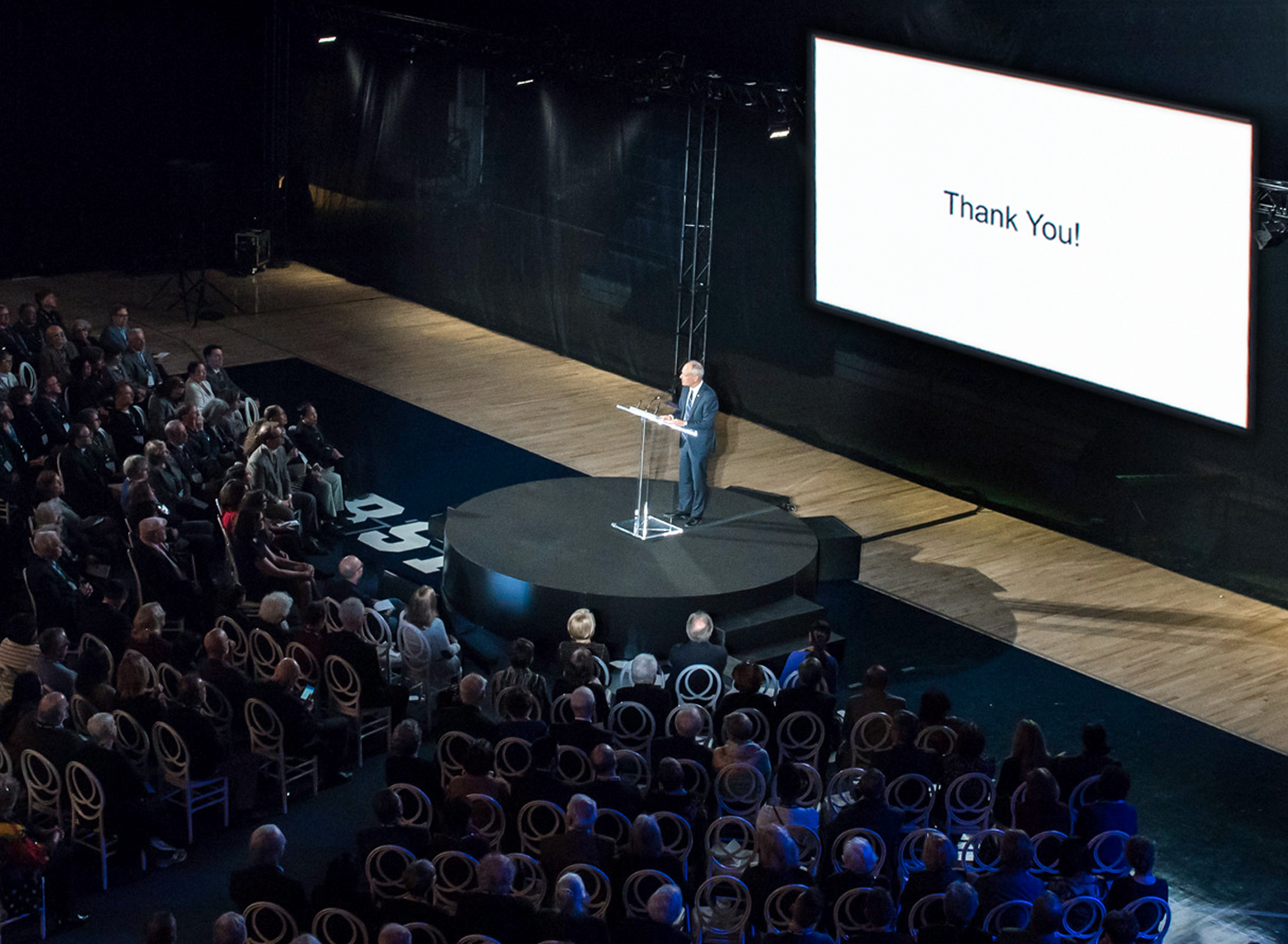 More than a decade in the making, and supported by more than 104,000 people around the globe, Boundless: the Campaign for the University of Toronto closed on December 31, 2018, setting a record for Canadian philanthropy.

Speaking at a special Presidents’ Circle Lecture event, University of Toronto President Meric Gertler announced that the Boundless campaign has raised $2,641,331,307, opening doors of opportunity for students through scholarships and bursaries; building major facilities to enhance undergraduate education for future generations; fuelling innovative and award-winning research, faculty and programs; and increasing engagement with our alumni around the world.

“What our great global community of alumni and friends have achieved together throughout this campaign is extraordinary,” Gertler said. “The Boundless campaign has not only established a new standard in Canadian philanthropy, but it has also provided incredible new opportunities for students, reinforced the University of Toronto’s ties with its city and province, and strengthened U of T’s critical partnerships around the world. On behalf of everyone at the University of Toronto, I want to thank our donors, alumni, volunteers and supporters for your continued support.”

“The success of the Boundless campaign reflects our donors’ steadfast commitment to the important work accomplished here every day at the University of Toronto,” added U of T Chancellor Rose Patten. “This record achievement underlines how so many of our friends and alumni see U of T as a place where their generosity can make a lasting impact on the lives of students and on research across many different fields.”

The impact and scope of Boundless: the Campaign for the University of Toronto comes to life through so many different stories, such as a student from an underprivileged family who was able to become a doctor, a pair of engineering grads who received funding for a startup that is giving children with disabilities a chance to walk, and research that could one day prevent the need for invasive surgeries following a heart attack.

All this was made possible through the generosity of our many supporters, including thousands of donations from young alumni and first-time donors, and transformative gifts from U of T’s visionary benefactors.

Kenyan student Emmanuela Alimlim is just one example of how donor support is transforming lives. Thanks to the Mastercard Foundation Scholars Program, Alimlim was able to leave her rural village to pursue her dream of getting a university education. “For [my community] to have somebody who has broken the cycle of poverty, who has gone outside to study and embrace education, they see that as something they should also aspire to do. I’m just so grateful for the opportunity,” she said.

“When we publicly launched this campaign in 2011, we could not have imagined how transformational Boundless would truly be,” said David Palmer, Vice-President, Advancement.  “Even today, we are still learning about the many different ways Boundless has brought together a community of supporters, students, faculty and staff members, united by a desire to support innovative teaching and groundbreaking research and help U of T’s students tackle some of the most challenging problems facing us today and advance U of T’s global leadership and impact. And though it has set a benchmark record for Canadian philanthropy, I believe Boundless is just the beginning of what we can achieve together.”

Explore the legacy of the campaign and read stories from donors, students, faculty members and alumni about your transformative giving at uoft.me/boundlesscampaign.

The Boundless campaign by the numbers

The success of the Boundless campaign was a true community effort, and its donors are as diverse as the causes they support.

The Boundless campaign also had a major impact on student and faculty support, research and programs, and major campus infrastructure projects and improvements.

The scope and impact of this historic campaign reveal what can be achieved when our community comes together to provide life-changing student support, advance leading-edge research and programs, build magnificent facilities and engage even greater numbers of alumni in the life of the University. Together, the future is truly boundless.

Explore the legacy of the campaign and read stories from donors, students, faculty members and alumni about your transformative giving at uoft.me/boundlesscampaign.

U of T launches new matching program to support entrepreneurs