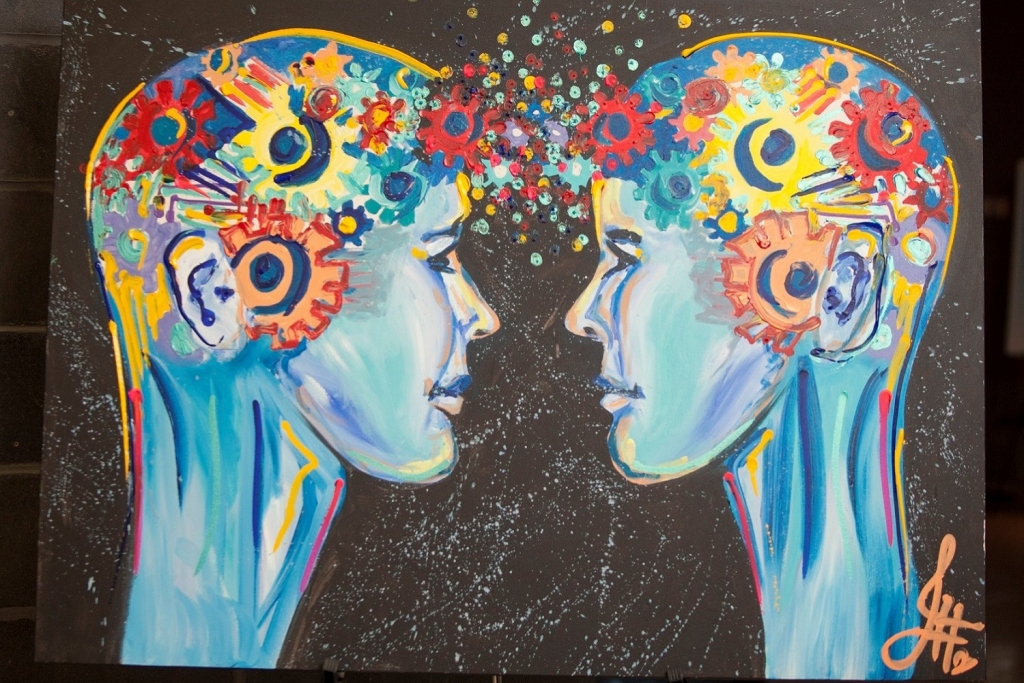 As if adolescence weren’t challenging enough, it is increasingly recognized as a period of elevated risk for mental illness. In fact, more than 70 per cent of adults struggling with mental illness can trace their first symptoms to the ages of 16 to 24. This is why IAMGOLD Corporation is partnering with U of T’s Department of Psychiatry to raise funds and awareness, through the annual Miner’s Lamp Award Dinner.

Bringing leaders from Toronto’s business and academic communities together to raise funds and to honour a leader in mental health advocacy, the inaugural 2016 event raised $400,000 and recognized former Toronto Blue Jays president and CEO Paul Beeston. The 2017 event will be held late March. One-hundred per cent of funds raised go to specific mental health research for children and youth, through the Miner’s Lamp Innovation Fund in Prevention and Early Detection of Critical Mental Illness.

One of the two research projects that have received funding so far, is focused on spotting signs of psychosis (trouble distinguishing between what is real and what is unreal) early. Department of Psychiatry Professors and CAMH clinician-scientists Joanna Henderson and Aristotle Voineskos spoke with Faculty of Medicine writer Carolyn Morris about their plans.

How are you setting out to identify the signs of psychosis early?

Aristotle Voineskos: Due largely to the way the brain develops, symptoms of psychosis only tend to emerge in mid to late adolescence. And while we’ve found certain associated biological or social factors, for the most part researchers haven’t yet figured out what puts certain people at higher risk of developing psychosis symptoms later on. These are much more common in youth than people realize — up to 20 per cent in the community, if you include mild symptoms.

We’re not talking about risk for schizophrenia, that’s not what this study is about. Instead, we’re focused on studying the number, severity, and course of psychosis symptoms over time, and how those symptoms impact functioning.

One place we often forget to look is in young people who already have a mental health condition. Early psychosis has typically been the domain of adult psychiatrists, but we really need to partner with child and youth psychiatrists to understand trajectories of development and illness. Recent research findings have found that kids who are diagnosed with conditions like autism spectrum disorder, oppositional defiant disorder or ADHD are at a higher risk of developing symptoms of psychosis later on. But that’s still a broad group of people, and only a fraction of them will actually go on to struggle with psychosis, so we’re planning to follow a group over time and try to identify other possible signs that might serve as red flags.

What happens in our current system? Aren’t children with these types of diagnoses already getting care?
Joanna Henderson: There can be a number of challenges getting access to care, but if all goes well, a young person who is experiencing difficulties would be getting the care they need for their ADHD, or other diagnoses, yes. They might get referred to a psychiatrist, receive a diagnosis, and be provided with medication or other treatment. Once they are adjusting and doing well, they would stop seeing the psychiatrist and their care would be returned to their family doctor, with care focused on maintaining treatment gains and monitoring for setbacks. So they’d be getting the appropriate set of services for ADHD.

What can be missing, however, is systematic screening over time for other kinds of difficulties. For example, even though a young person might be at a statistically higher risk for developing psychosis symptoms, they would not necessarily be monitored for these. And I wouldn’t want to alarm anyone — the risk of developing severe psychosis is still very low. With this study, we’re hoping to monitor a group of approximately 200 kids with diagnosed mental health problems, like disruptive disorders, keep track of how they do over time, and ideally identify specific red flags associated with psychosis.

How would the ability to spot the signs of psychosis early change the quality of care?

Aristotle Voineskos: Psychosis symptoms can have devastating repercussions for the individual, his or her family and others — school performance goes down, they can become socially isolated, and have increased suicidal thinking, and more. We know that the longer psychosis goes on without being treated, the greater the adverse impact on that person’s life. So early identification makes a big difference in how these people do.

We thought it would be important to understand which young people already getting mental health care for issues that emerge earlier in life, such as autism, ADHD, or depression have elevated risk for psychosis symptoms. And we’re wondering if effective care for young people with those other conditions might in fact reduce the negative effects or eliminate the chance of experiencing symptoms of psychosis altogether.

What do you hope this research will ultimately achieve?

Joanna Henderson: Ultimately we hope that any new insight into early signs of psychosis will help us build a better model of care. Our approach is focused on partnering and collaborating with different health-care teams and building capacity in the system — and these closer ties are important as we try to fill in some of the gaps in care, especially with this transition age group.

We’ll be working closely with the clinical services within the Child, Youth and Emerging Adult Program, such as the Autism Clinic, and our clinical research centres at CAMH — I’m the director of the Margaret and Wallace McCain Centre for Child, Youth and Family Mental Health and Aristotle is director of the Slaight Family Centre for Youth in Transition. The transition period is a time associated with greater mental health issues, and substance use, so there’s a major need for us to build bridges between services and provide ongoing support, especially for the most vulnerable youth.

Read more about the Miner’s Lamp Award: Mining executive and U of T alumna shines light on adolescent mental health