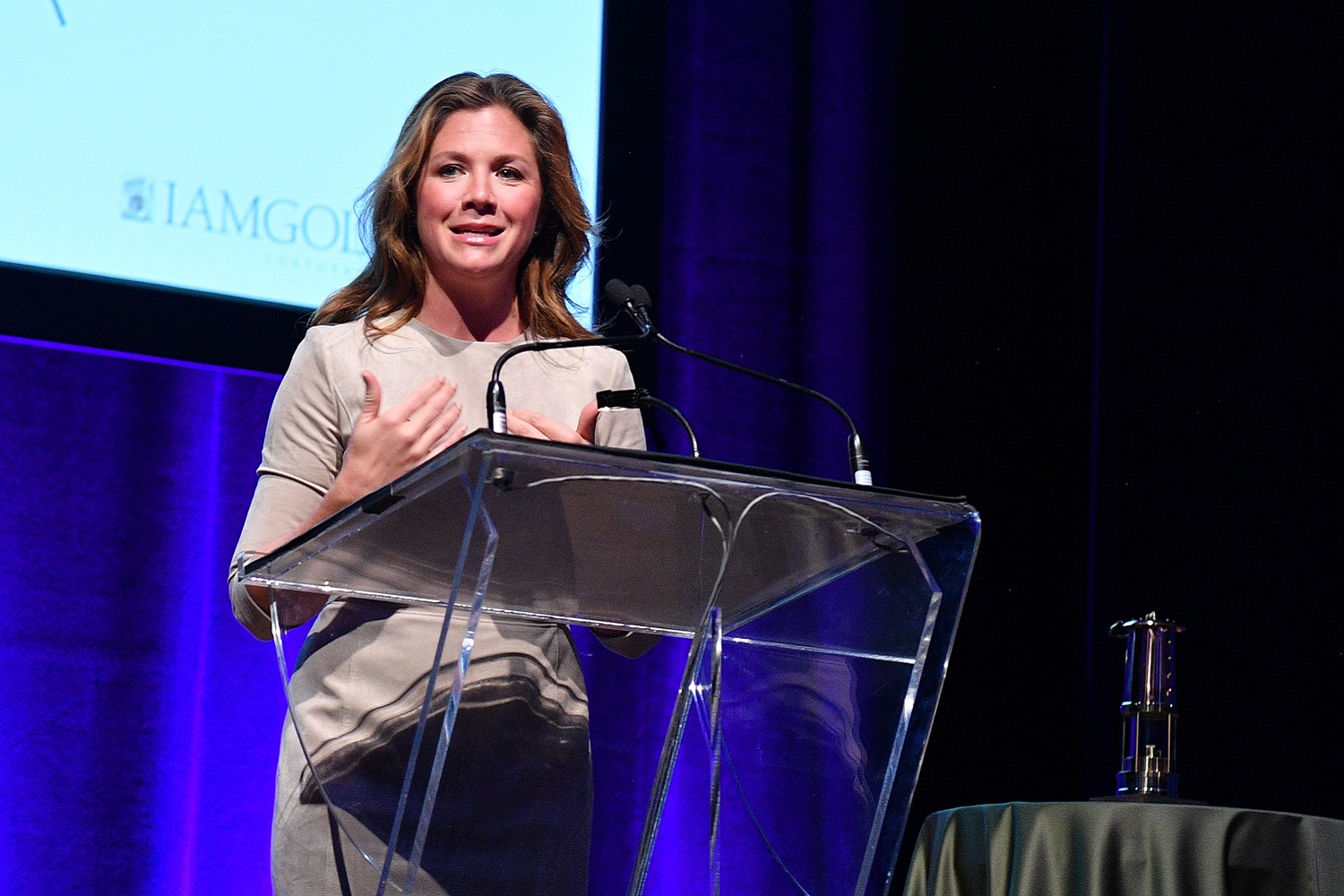 “When we go through adolescence, not only are we challenged biologically,” Sophie Grégoire Trudeau told a crowd of corporate philanthropists and scientists at this week’s Miner’s Lamp Awards dinner, “We’re also trying to make sense of a life we’re not sure how to fit into yet.”

Since she began speaking openly 15 years ago about her own struggles with an eating disorder as a teenager and young adult, Grégoire Trudeau says, “I cannot tell you the number of people who have come up to me and said, ‘thank you for sharing your story because it allows us to share ours.’”

More than 400 people gathered at the gala event, to share stories of mental illness and raise money for research. A partnership between Toronto-based gold mining company IAMGOLD Corporation and the University of Toronto’s Department of Psychiatry, the Miner’s Lamp Award has so far raised over $1 million from its 2016 and 2017 events — which all goes toward research at U of T and affiliated hospitals, including the Centre for Addiction and Mental Health (CAMH) and The Hospital for Sick Children (SickKids).

A commitment to youth

Named after the safety lamps used in the 1800s to warn miners of any deadly gases, the Miner’s Lamp dinner and award symbolize the commitment to shine a light on early signs of mental illness.

“Mental illness in youth is heart-wrenching and touches us all,” says Carol Banducci, executive vice-president and CFO at IAMGOLD Corporation. Over 70 per cent of adults struggling with mental illness had their first symptoms appear between the ages of 16 and 24, making this a key age group to research. “Thanks to the generosity of our community, we can now do more to give young people affected by mental illness the hope they need and the help they deserve.”

“We do have a million dollars apparently, for youth mental health research, so I don’t need to sing the song now,” quipped Page (referring to his hit song “If I Had $1,000,000”) before performing several songs and speaking of his own challenges with mental illness.

U of T’s unique ability to effect change

Funds raised at last year’s event have supported research into a new approach to identify early signs of psychosis spectrum symptoms, as well as investigation into the interaction of early life adversities and schizophrenia vulnerability genes in young people – with a specific focus on how this relates to suicide risk.

“As a psychiatrist — and as Dean of Medicine and former Chair of U of T’s Department of Psychiatry — I’m thrilled to see this awareness, and this dedication to change,” said Dean Trevor Young, who also recognized current Psychiatry Chair Benoit Mulsant for his leadership. “As one of the world’s top research universities and the only faculty of medicine in the Greater Toronto Area, U of T is uniquely positioned to effect change in mental health.”