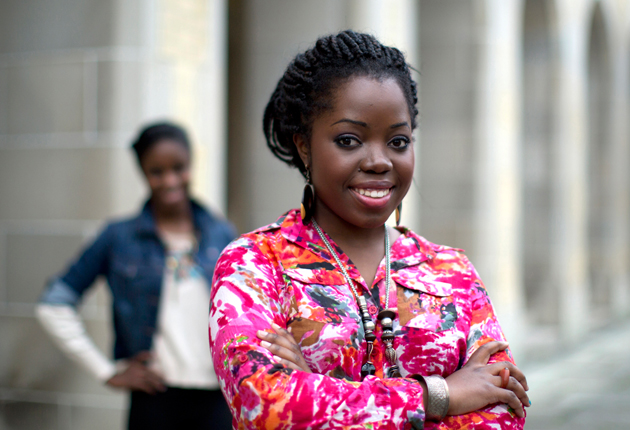 The University of Toronto joins McGill and UBC as the newest partners in the MasterCard Foundation Scholars Program–a US$500-million global education initiative that provides secondary and university education to an estimated 15,000 young people from economically disadvantaged communities. The gift will provide opportunities for 67 scholars to receive a world-class education, beginning this fall.

“We’ve all seen Asia blossom on the world stage.  Now, as the visionaries at The MasterCard Foundation have seen, it’s Africa’s turn,” said U of T President David Naylor.  “That’s why I am so pleased that the University of Toronto will be participating in The MasterCard Scholars Program.  The Program will help us recruit some of the best and brightest students from Africa.  They will join over 430 students from 31 countries in Africa currently studying at U of T.  And these young leaders will not only play a part in the ongoing rise of Africa. They will be bridge-builders between that continent and Canada.”

“We are honoured to have been chosen to participate in The MasterCard Foundation Scholars Program — it is an initiative that speaks directly to the twin pillars of the Boundless Campaign to prepare global citizens and meet global challenges,” said David Palmer, Vice-President, Advancement. “The MasterCard Foundation Scholars will directly aid us in our efforts to support teaching that generates solutions for healthy, sustainable and successful societies, while also supporting the development of next-generation African leaders and enriching the University as a whole.”

The Program goes beyond traditional scholarships, offering Scholars comprehensive support throughout their education, which includes:

The scholarship recipients will join a peer network of MasterCard Foundation Scholars around the world who share a common philosophy of change and ethical leadership, and a commitment to economic growth and social transformation in their communities.

The MasterCard Foundation has focused its efforts on Africa. Over the past decade, Africa has been the second-fastest growing economic region in the world. Sixty-two percent of the continent’s population is under the age of 25, and millions of them will need to enter the workforce. However, the region still has the highest rates of poverty, and lags the world in secondary and higher education completion rates.  In order to sustain the continent’s rapid growth, the Foundation feels it will be essential that its young people have the skills needed to participate in the global knowledge economy.

We’ve got a cause for that