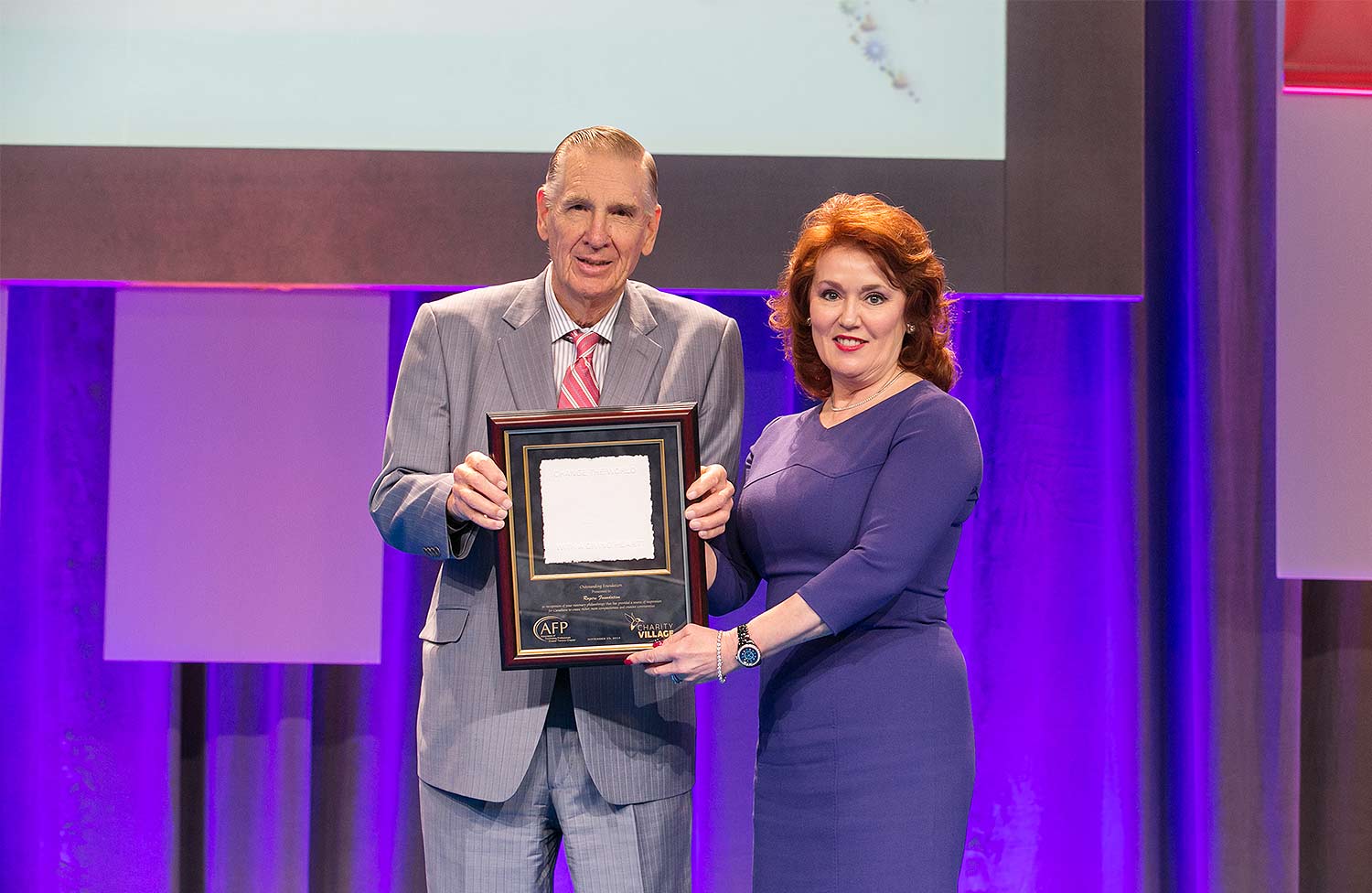 The Foundation’s $130 million gift to Sick Kids, University Health Network and the University of Toronto is enabling a tremendous leap forward in the ability to better understand and treat heart failure. The donation made possible the creation of the Ted Rogers Centre for Heart Research, which integrates renowned strengths from all three partners across personalized genomic medicine, tissue engineering, advanced cardiac care and other key areas.

Dr. Chris Wansbrough, chair of Rogers Telecommunications and a director of the Foundation, attended the luncheon to accept the award. “We’re honoured to receive this award and to help Canada play a leading role in developing cutting-edge treatments for heart failure,” he said. “The launch of the centre and this award are tributes to the pioneering spirit and legacy of Ted Rogers.”

The Rogers Family worked intensively with the three partner institutions over three years to realize the vision for a centre that would encourage a shift beyond traditional approaches and discover synergies by combining science with an entrepreneurial spirit. Specifically, the Centre focuses on tackling heart failure across the entire lifespan, from infants with congenital heart disease to grandparents recovering from a heart attack, with an overall goal of reducing hospitalization for heart failure by 50 per cent over the next decade.

In a video played before the presentation, representatives from all three partner institutions spoke about the significance of the gift. “I recall many times hearing Ted Rogers speak about the fact that Canada should take a backseat to no one in the world for its ability to achieve innovation on a truly global scale,” said David Palmer, Vice-President, Advancement for the University of Toronto. “And I think it’s that pioneering spirit that really drives the Ted Rogers Heart Centre.”

Tennys Hanson, the President and CEO of the Toronto General and Western Hospital Foundation, pointed out that funds are already hard at work. She cited the creation of a specialized patient unit for heart failure admissions that facilitates treatment on a day-patient basis rather than requiring admission to hospital for extended periods of time. “That has mutual benefits for the life of the patient as well as on the cost to the healthcare system,” she said.

“It’s an extraordinary gift from an extraordinary family that will have transformative impact not only here in Canada but around the world,” agreed Sick Kids Foundation President and CEO Ted Garrard. “I join with each of you in saying how profoundly grateful we are to the Rogers Family for their support.”