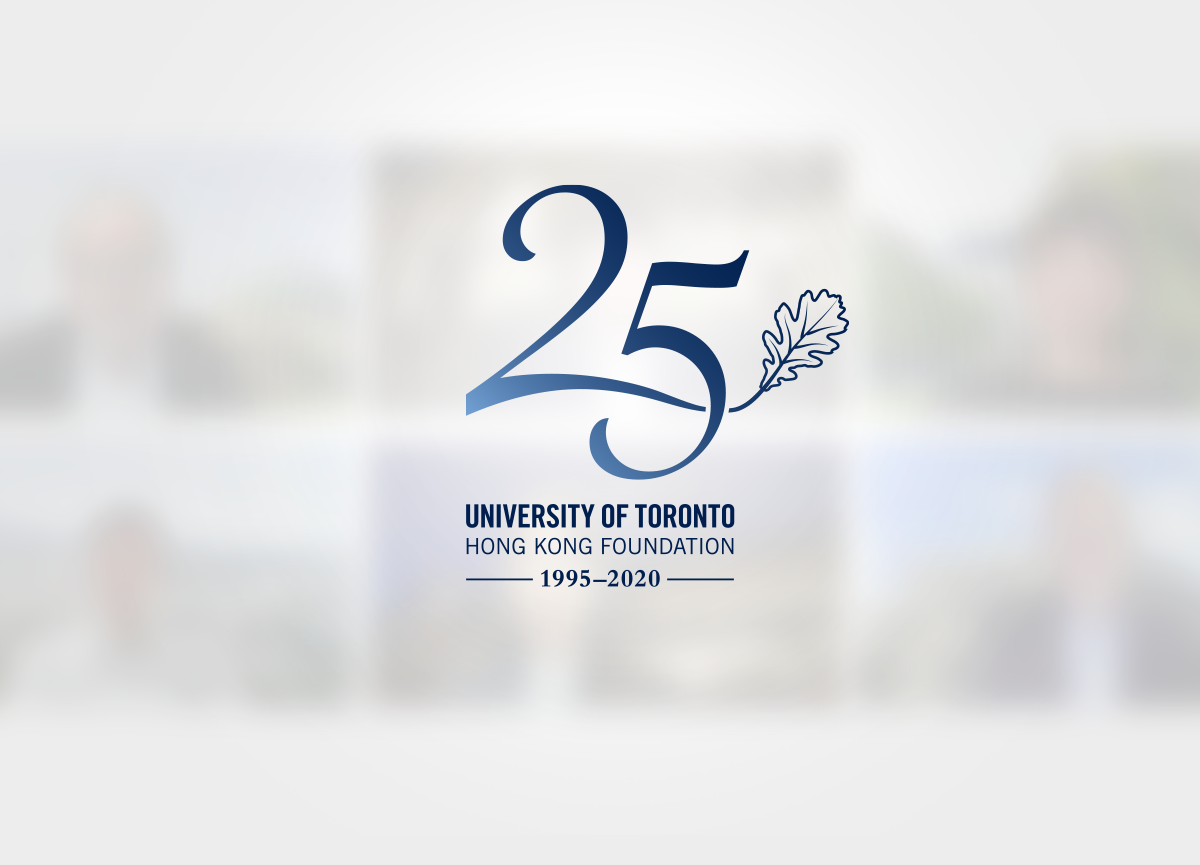 As the centrepiece of virtual celebrations for the Foundation’s 25th anniversary, the University held a fireside chat on November 30 between President Meric Gertler, U of T (Hong Kong) Foundation Chair Daisy Ho, VP Advancement David Palmer and three Foundation scholars. The group discussed a wide range of topics, including the University’s long-standing relationship with Hong Kong and the impact of the prestigious scholarship program on the lives of talented students.

Gertler noted that U of T’s connections to Hong Kong go back to the 1870s, with students, alumni and faculty members transiting back and forth since that time. “Our relationship with Hong Kong remains one of our most important global relationships and I think our two communities are as close now as they’ve ever been,” he said. “These scholarships are one of the biggest reasons why our relationship is so strong and so meaningful.”

Foundation Chair Daisy Ho (MBA 1990) reflected on her own experience attending U of T. “I know first-hand the value of a University of Toronto education, how it builds confidence and broadens your perspective on the world,” she said, adding that she enjoys seeing the same transformation in the Scholars. “From the moment they arrive on campus to the day they graduate, I can hardly recognize them. It’s not just their look. It’s the maturity, the confidence—I feel like a proud mother.”

As well as leading the Foundation, Ho is a generous donor and has served as a volunteer at the Rotman School of Management and as a member of the Boundless campaign executive. Her many contributions include creating, together with her brother Lawrence Ho (BA 1999 VIC), the HK Match campaign, which doubles the size of any donation made to the Foundation scholarships.

A legacy of impact

The U of T (Hong Kong) Foundation was originally the brainchild of a group of U of T friends and alumni in Hong Kong who wanted to help remove the financial barriers to a U of T education for deserving Hong Kong students. Their efforts gained vital early support from the late Dr. Stanley Ho and the late Dr. Cheng Yu-tung, who, as founding patrons, championed the Foundation across Hong Kong and attracted widespread support.

The Foundation proceeded to thrive under the leadership of past chairs The Honourable Dame Dr. Rosanna Wong Yick-ming (MSW 1979, Hon. LLD 1999) and Dr. Patrick Y.B. Fung (BASc 1971, MBA 1973, Hon. LLD 2005) as well as dedicated governors and directors. Together with current leaders, their stewardship and guidance has enabled the Foundation’s impact to grow and extend well beyond Hong Kong. Foundation Scholars now work and live in 15 countries around the world and contribute to their communities in diverse professions from paediatric research to city planning.

Commemorative video celebrating the 25th anniversary of the U of T (Hong Kong) Foundation.

I know first-hand the value of a University of Toronto education, how it builds confidence and broadens your perspective on the world

“The U of T community and the broader Toronto community has offered me so much in so many areas,” said fourth-year kinesiology student Tiffany Tsz Wing Tiu, who participated in the fireside chat with fellow Scholars Stephanie Yik Man Cheung (HBA 2007) and Nicholas Chun Shing Yip (BASc 2018). “In the knowledge I get, the research experience, leadership opportunities and the global friendships I’ve made, I’m very grateful that I have this opportunity to be a part of the U of T community.”

Another important legacy of the Foundation is its significant role in strengthening the ties between the University of Toronto and the Hong Kong community. The city is now home to one of the oldest and largest U of T alumni populations outside of Canada and is a pillar of the University’s worldwide network of some 630,000 alumni.

Toronto Mayor John Tory offered his congratulations and also noted the impact of the Foundation on the city he leads. “I’m thrilled to be conveying my best to the University of Toronto (Hong Kong) Foundation, in celebration of its 25th anniversary and its inspiring work, over decades, to enable young people to attend the University of Toronto and to enrich the life of our city.”

U of T Vice-President, Advancement David Palmer recognized those who have faithfully upheld the Foundation’s vision over 25 years. “None of this would be possible without the alumni and friends who so generously support the U of T (Hong Kong) Foundation’s work and its founding mission,” he said. “Their dedication helps these students every step of the way, from their arrival in Toronto to that proud day when they receive their hard-earned degrees.”

Read more about the U of T (Hong Kong) Foundation and its enduring impact in the 25th anniversary commemorative booklet.