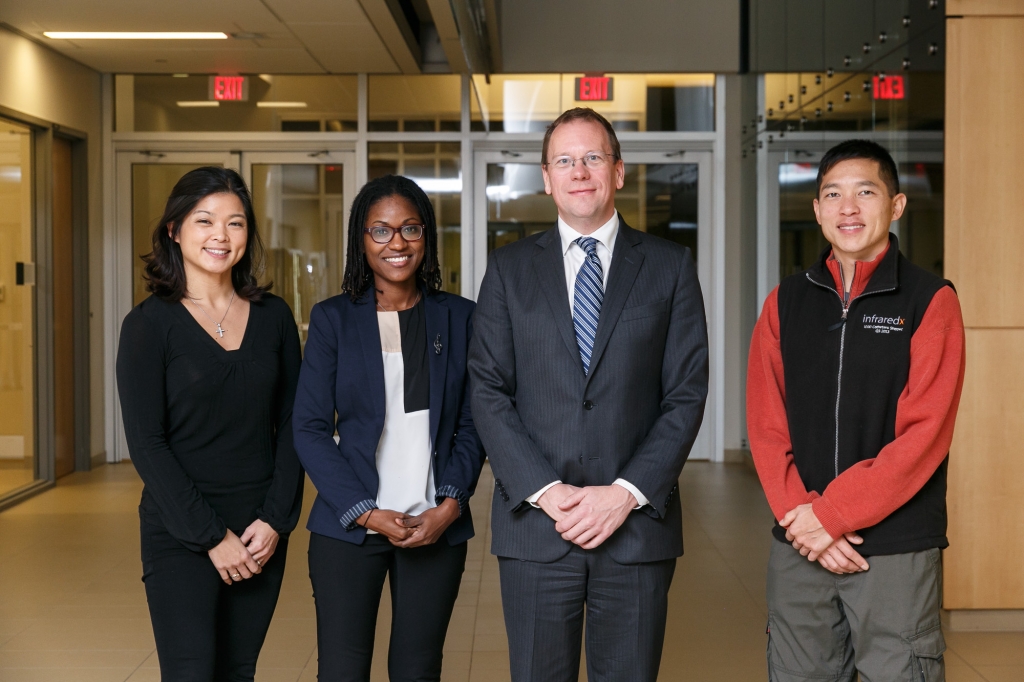 How to catch a murderer?

As nearly every episode of Law and Order reminds us, autopsy results are crucial to identifying the suspect and proving guilt. But in Jamaica, where there is a lack of forensic pathologists, securing convictions has been difficult. Without sufficient forensic pathology services to identify causes of death and investigate unexplained or suspicious fatalities, there is little means to prosecute crimes, including homicide, domestic violence and child abuse. It’s estimated that just five per cent of murder charges in Jamaica result in convictions.

The G. Raymond Chang Forensic Pathology Fellowship was established to develop the capacity in forensic pathology Jamaica needed. The fellowship is named in honour of G. Raymond Chang, a celebrated philanthropist who was widely known for his passionate support for education and desire to give back to his native country of Jamaica. Before he died in 2014, Chang had learned about the then-budding partnership between the University of the West Indies (UWI) and U of T from his long-time friend, Professor Herbert Ho Ping Kong.

Chang’s children, Andrew C. Chang and Brigette E. Chang-Addorisio, selected the project as a fitting tribute to their father’s legacy. They gave an initial $2 million donation in 2015 to establish the fellowship, which enables medical learners from UWI to pursue a one-year clinical fellowship in forensic pathology at U of T’s Centre for Forensic Science and Medicine. Now, with two newly certified forensic pathologists back in Jamaica, they have made a second gift of $2.25 million that will help grow this often overlooked, but immensely important, profession.

“We’re supporting a profession that significantly contributes to a fair and transparent justice system,” says Andrew. “This work helps to prosecute the guilty, exonerate the innocent, provide justice for society, and protect basic human rights.”

“You can’t have justice and peace until you can figure out what has happened to people — until you have truth and knowledge,” says Professor Michael Pollanen, who leads U of T’s Centre for Forensic Science and Medicine and initiated the fellowship. “Forensic pathology is crucial in determining this truth, through measurable observation and analysis.”

Pollanen, who also serves as Ontario’s Forensic Pathologist, was called on by the United Nations Development Program in the aftermath of Jamaica’s 2010 Tivoli Incursion, when more than 70 civilians were killed during a government operation against a drug lord. As he examined the bodies as part of a forensic response mission, he noted the country had no reliable institution investigating causes of death.

“Autopsies are not only done for the dead, but they’re in service of the living,” he says. “The knowledge we gather in forensic pathology allows for the protection of human rights among the living.”

A critical force for growth and security

Pollanen sees the Chang Fellowship as a critical force in developing a forensic pathology system in the country. As Jamaican partners work at strengthening the institutions involved in post-mortem work — with the establishment of the country’s Institute of Forensic Science and Legal Medicine and other initiatives — the fellowship is providing the key professionals and expertise needed for an effective forensic medicine service.

“The ripple effect of this fellowship is far reaching,” says Brigette. “There’s so much talent in the Caribbean, so it’s just a matter of providing an opportunity for that talent to grow and set roots.”

Pollanen believes the Changs’ investment will not only enhance the justice system, and security overall in Jamaica, but also help the country become a model for other low- and middle-income countries.

“I am thrilled that the Chang family is so committed to strengthening forensic pathology in Jamaica,” says Pollanen. “I think this work will have a lasting impact. Not only for the criminal justice system, but for security and prosperity more broadly — within Jamaica and around the world.”

BROWSE ALL NEWS
U of T named one of world’s top public universities, best in Canada
MORE NEWS

A vision for giving back