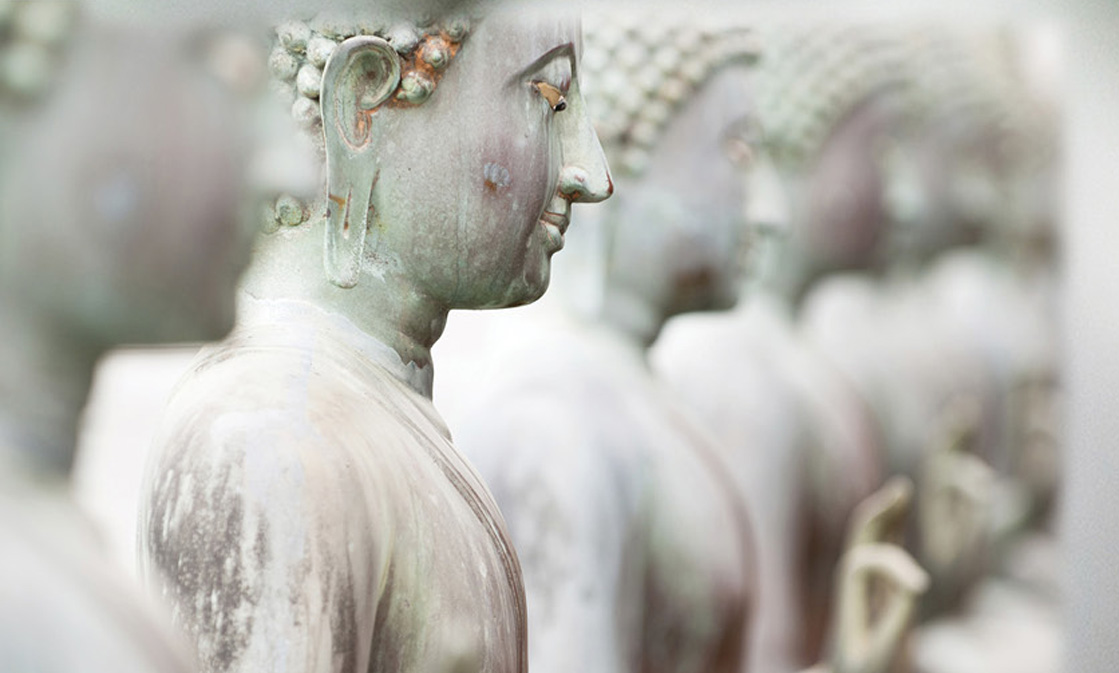 “Our esteemed colleagues at The Robert H. N. Ho Family Foundation have demonstrated tremendous global leadership in their support of institutions dedicated to advancing the academic study of Buddhism. I’m very proud that the University of Toronto, my alma mater, now hosts a centre that bears the foundation’s name,” said the Honourable Dr. Vivienne Poy, Chancellor Emerita of the University of Toronto. “It will be a catalyst for innovation and new insights into Buddhism’s place in society.”

Buddhist studies is an extraordinarily rich and diverse global tradition

The Centre’s inaugural director is Associate Professor Frances Garrett (PhD, University of Virginia), a professor of Tibetan and Buddhist studies and the associate chair of the Department for the Study of Religion in U of T’s Faculty of Arts & Science. “This is an exciting time for Buddhist studies at the University of Toronto,” says Garrett. “Our scholars reflect the amazing breadth and richness of the tradition: they are delving into Buddhist ritual, art, philosophy, medicine and other intellectual developments and modes of practice in regions throughout Asia. This support creates, for the first time, a University-wide locus for advancing research, teaching and public education on an extraordinarily rich and diverse global tradition.”

The University of Toronto will join an elite global network of Buddhist studies initiatives which have received funding from The Robert H. N. Ho Family Foundation, including those at the Courtauld Institute of Art in the United Kingdom, the University of British Columbia in Canada, and Harvard and Stanford universities in the United States.

“A key objective of The Robert H.N. Ho Family Foundation is to establish a global network of outstanding scholarship in order to develop awareness and understanding of Buddhism and its relevance to contemporary society,” says Ted Lipman, the foundation’s CEO. “This goal is being realized through our collaboration with the University of Toronto. We are confident the University’s commitment to Buddhist studies and the establishment of this new centre will foster deeper insight into the meaning and context of Buddhism.”

The endowment will support academic training, collaborative research with graduate and undergraduate students, as well as a program of events that engage scholars and the public seeking to deepen understanding of the diversity of Buddhist traditions around the world. The inaugural year will feature an exciting lineup of activities, including an undergraduate research trip to the Himalayas in the spring, a film series on Buddhism and the environment, and a scholarly reading group on Dunhuang manuscripts, which are a cache of important religious documents dating from the 5th to 11th centuries discovered in the Mogao Caves in Dunhuang, China. Also being planned for August 2017 is the annual meeting of the International Association of Buddhist Studies, the largest gathering of Buddhist scholars that will be held in Canada for the first time supported by this gift.

Why Toronto is the ideal location for the new centre

“Having this centre located in the heart of the most religiously diverse city in the world—among which is a veritable mosaic of Buddhist communities—will position the University perfectly to facilitate intellectually informed and publicly-minded conversations on Buddhism, in terms of both its historical context and its place in contemporary society,” says Professor David Cameron, Dean of U of T’s Faculty of Arts & Science. “We are proud to be a Canadian steward of The Robert H. N. Ho Family Foundation’s legacy and vision.”

Established in 1827, the University of Toronto is Canada’s largest university, recognized as a global leader in research and teaching. The university consistently ranks among the top 25 universities in the world. Its distinguished faculty, institutional record of ground-breaking scholarship and wealth of innovative academic opportunities continually attract outstanding academics and students from around the world.

Established in 2005, The Robert H. N. Ho Family Foundation is a private philanthropic organization based in Hong Kong. The Foundation’s dual mission is to foster appreciation of Chinese arts and culture to advance global learning and to cultivate deeper understanding of Buddhism in the context of contemporary life.

The Foundation supports efforts that make Chinese arts—from ancient times to today—approachable and relevant to audience worldwide. It encourages the creation of works, exhibitions and publications that offer original perspectives and improve the quality and accessibility of Chinese arts scholarship.

Guided by a belief that insights of Buddhism have a vital role to play in locating solutions to the challenges facing contemporary society, the Foundation seeks to expand understanding of Buddhist principles. Its current support to Buddhism includes the Buddhist Ministry Initiative at Harvard Divinity School; a centre and an endowed professorship in Buddhist studies at Stanford University; an endowed chair and program in Buddhism and Contemporary Society at the University of British Columbia; a Centre and graduate degree program for Buddhist art and conservation at The Courtauld Institute of Art; a series of Buddhist studies grants administered by the American Council of Learned Societies; the Galleries of Buddhist Art at the Victoria and Albert Museum; and presentation of art exhibitions around the world.

Maclean’s lauds U of T’s reputation, students, research and innovation in annual rankings