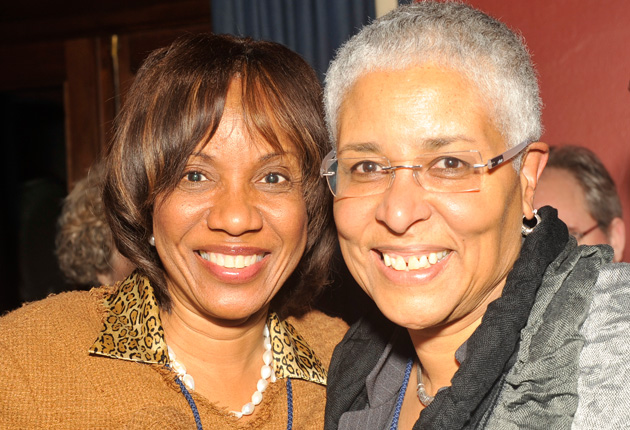 The $35 million campaign kicks off at a pivotal moment in UTSC history, just as new infrastructure promises to transform student experience and its learning and research environments.

Speaking at the launch event, Principal Franco Vaccarino said the campaign will build on UTSC’s recent capital expansion and take UTSC to new levels of achievement.

“We have been focused on building strong academic and research platforms and the facilities needed to support them,” Vaccarino said. “Now, we are building on and enhancing UTSC’s elevated place on the global scene.”

The campaign will strategically target those areas most critical to UTSC at this important juncture in its growth and development. The campaign has already reached 40% of its goal with $13.8 million raised. Key funding priorities include student scholarships, international study and work placements, student leadership development, experiential learning and a visiting scholars program. The campaign will also advance flagship centres and programs in international studies, management, mental health, environmental science and world hunger.

UTSC’s campaign is an integral part of University of Toronto’s $2-billion Boundless Campaign.

“As a key component of U of T’s tri-campus teaching and research powerhouse, we are uniquely positioned to contribute to the university’s bold vision,” said Vaccarino. “Our focus on new and emerging areas of scholarship and our culture of active partnerships with the community are at the core of the university’s research and learning mission.”

Several new gifts were announced at the event, signaling the early momentum and excitement behind the campaign. These include $1.25-million from an anonymous donor that will enable psychology students to hone their skills through practical training at academic hospitals. The gift is another boost for UTSC’s highly regarded psychology department that plans to introduce a PhD program in clinical psychology and recently launched an overwhelmingly successful undergraduate program in mental health.

Other announced gifts include a gift-in-kind, the largest in UTSC history, from the estate of Doris McCarthy, Canada’s celebrated landscape artist. Her estate bequeathed more than 200 paintings and 6,000 pieces of memorabilia, valued at $3.8 million, to enhance art history instruction and expand public art programs at UTSC.

“The campaign is an opportunity for UTSC to take another significant leap forward and expand its impact at an unprecedented rate and in a short period of time,” explained David Palmer, U of T’s vice-president, advancement. “This campus is moving forward with passion, and purpose.”