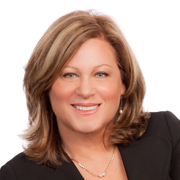 Janet Rosenberg is the Founding Principal of Janet Rosenberg & Studio – one of Canada’s most highly regarded landscape architecture firms. Established in 1983, the Studio’s portfolio of work includes master planning, design and project management for numerous government, institutional, academic, commercial and residential clients. The firm has been honoured with more than 70 major awards, and their commissions have been published regionally, nationally and international. Rosenberg is an enthusiastic defender of the public realm and avid proponent of environmental sustainability. Among her many pursuits, Rosenberg is a founding member of the Toronto Tree Foundation and a longstanding participant of Toronto’s Waterfront Review Panel and the City of Toronto Design Review Panel. She also frequently sits on international jury panels and shares her knowledge of design and challenges in the industry at conferences and universities across North America. In honour of her work, Janet has been recognized as a Fellow of the American Society of Landscape Architects and awarded an Honourary Doctorate from Ryerson University. She has also received a prestigious Urban Leadership Award from the Canadian Urban Institute, the OALA’s Pinnacle Award for Landscape Architectural Excellence, and the Governor General of Canada Confederation Medal.