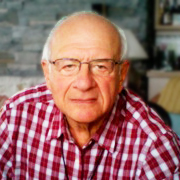 Jerald Silverberg graduated from the University of Toronto School of Architecture in 1961. He practiced architecture both on his own and for various firms before becoming a founding principal of Whitehall Development Corporation where he worked until 1976 when he founded The Iona Development Corporation. Under his leadership, Iona developed hundreds of residential and commercial properties in the Greater Toronto Area and U.S.

In 1980, The Cadillac Fairview Corporation purchased Iona and Silverberg became Senior Vice-President of that corporation’s residential division with responsibility for all Canadian land development, including high-rise and low-rise construction in Toronto, Ottawa, Edmonton and Calgary, as well as the New Town development of Erin Mills in Mississauga. Silverberg subsequently bought back Iona and focused the company’s efforts on integrated community development. In 1999, he co-founded NEXXT Development Corporation, which focuses on unique and innovative development projects. Silverberg has also been a founding partner of an electronic technology company which developed, patented, constructed, and marketed a unique computer-driven rotational advertising board, created to significantly increase advertising revenue for large sports arenas. The Corel Centre in Ottawa, and major soccer venues in Mexico, purchased and installed these boards.