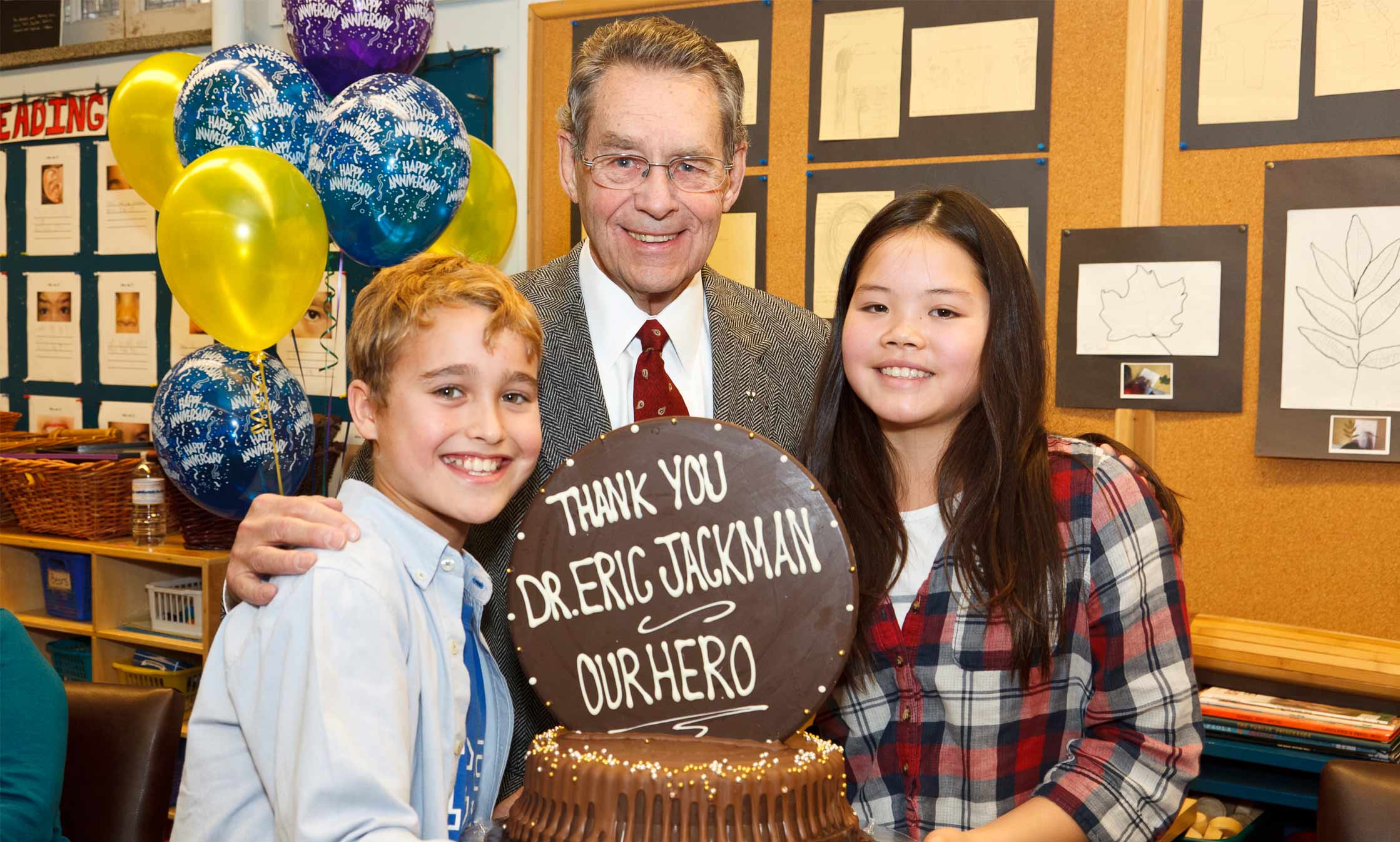 Decades of rigorous science have confirmed what we have known intuitively for centuries: health in the earliest stages of human life—starting with the health of the mother—lays the groundwork for lifelong learning, behaviour and health. That is why nothing is more important to the health of a nation than ensuring its youngest citizens thrive. For this reason – and a few personal ones – Dr. Eric Jackman has donated $5 million to the Institute of Child Study at U of T’s Ontario Institute for Studies in Education. The largest gift ever made to the study of childhood education, Dr. Jackman’s donation is an investment in children, families and communities here in Canada and around the world.

An award-winning clinical psychologist, Dr. Jackman has devoted his professional life to early childhood development. As an alumnus himself, he has extra motivation for supporting the Institute – now the Dr. Eric Jackman Institute of Child Study (Jackman ICS).

The Jackman ICS has been at the forefront of child development since opening in 1925. It has played a key role in many important policy decisions, including Ontario’s new Full-Day Early Learning Kindergarten program. Thanks to Dr. Jackman’s generosity – plus a $3 million gift from Margaret and the late Wallace McCain – the Jackman Institute can now play an even more innovative role in child development around the world.

“It’s meaningful to me that I’m in a position to help out in this area,” says Dr. Jackman. “What could be more important than trying to understand the best ways to educate and raise our children?”