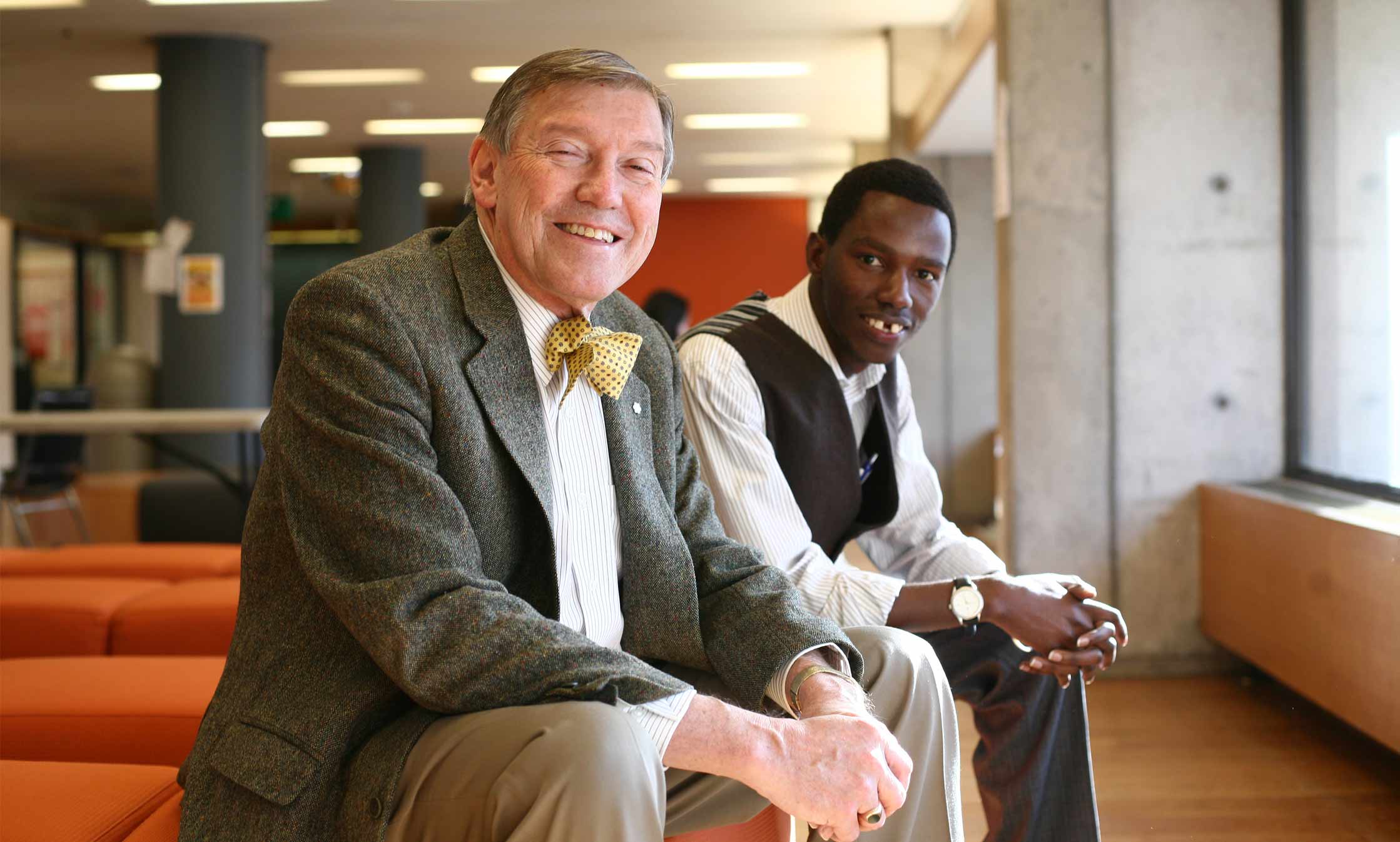 When people think of the Rwandan genocide of 1994, the magnitude of the human devastation is naturally foremost. Yet the loss of life was linked to the lack of truth, both in the propaganda issued within the country and the limited information available to the rest of the world.

This is why the cultivation of a strong and independent media in the African country is vital to its continued emergence in the new century. And this is why New College is offering residence space to Rwandan journalism students with the help of Torstar Corp. chair and veteran media executive John Honderich.

“New College has proven to be an ideal location for these Rwandans to live and use as a base from which to branch out in Toronto,” Mr. Honderich says. “The College’s openness to newcomers and its interest in African studies have proved invaluable.”

The visitors do not study formally at U of T—some have pursued journalism studies at Carleton University and now at Ryerson University—but they do associate themselves informally with the African Studies program at New College and often play a stimulating role in conferences and talks. They also observe life in Canada’s biggest city, with the country’s largest newspaper and electronic media environment.

“It’s amazing to see how this society is totally shaped by what is reported,” says Gilbert Ndikubwayezu, who is pursuing his studies this year at Ryerson University. “Everybody reads and follows the news, which maintains the flow of information and keeps the community up and running.”

Mr. Honderich’s interest in the program was natural: He was publisher of the Toronto Star as the genocide unfolded. Several visits to Rwanda have confirmed his belief in the value of the initiative.

“When one examines the horrific role played by journalists in the incitation of the Rwandan genocide, one can understand why it is critical to build up and bolster the journalistic tradition in Rwanda,” Mr. Honderich says.

As for Gilbert Ndikubwayezu, the experience has given him greater skills and a new sense of perspective: “If somebody is helping me achieve all that I am achieving, how do I help others as well?”