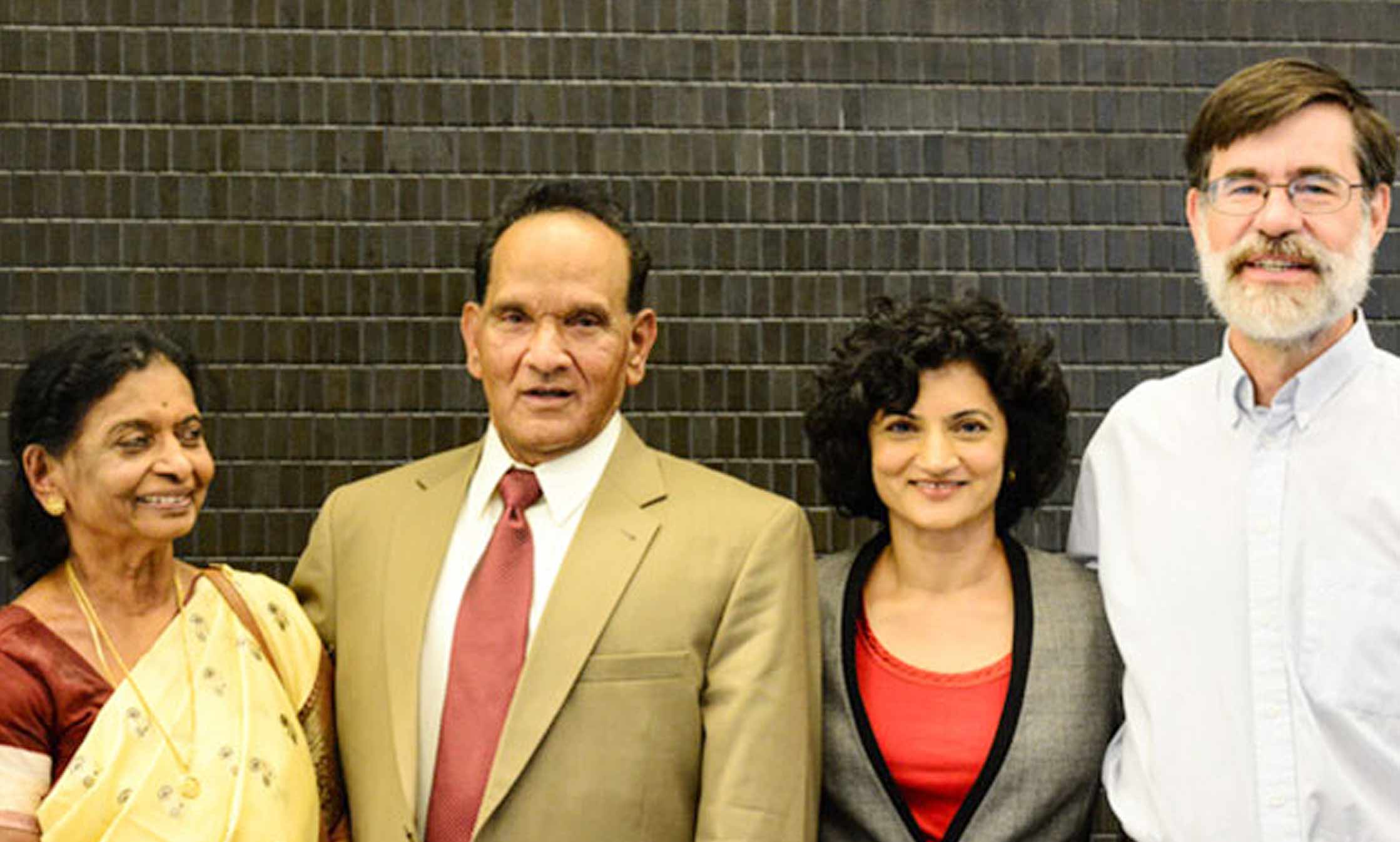 Fifty years ago, Rao Polavarapu left his home in India to come to Canada as an NSERC post-doctoral fellow at Environment Canada and to collaborate with the late Professor Emeritus Ted Munn at what was then U of T’s Institute for Environmental Studies.

His daughter Saroja also attended U of T, earning her MSc and PhD in her father’s specialty, atmospheric physics. She would go on to become an adjunct professor in the Department of Physics and now also works for Environment Canada.

Now the elder Polavarapu, at the urging of his daughter, is making it possible for future generations of international graduate students to follow in their footsteps. His generous donation of $150,000 has established the Rao J. Polavarapu International Graduate Fellowship in Physics. There is further support of $50,000 from the Provost’s PhD Enhancement Fund.

“I had the opportunity to come to Canada to get the best education possible, so it is only right that we do what we can to make that opportunity available to other students who have a desire to study atmospheric physics,” Polavarapu said during the program launch.

Polavarapu was joined by his wife, Vijaya, his daughter and her husband, Norman Donaldson. Donaldson is also a U of T Physics graduate.

“My daughter, my pride and joy, suggested the idea and I only wish that I had thought of it myself,” Polavarapu said. “Giving to help people get an education is an investment that cannot go wrong.

“It is our responsibility to help them, as surely as we help our own children. And when they succeed, we take pride in that, just as we would if they were our own children as well.”

U of T physicists, including three Nobel laureates, have been at the forefront of discovery and innovation in Canada for more than 120 years. In addition to longstanding leadership in the traditional pillars of condensed matter physics, quantum optics and subatomic physics, U of T has emerged as a leader in global change science because of influential work being done in atmospheric physics, the area supported by Polavarapu’s gift.

“It’s difficult to put into words the impact that a gift like this will have, not only on the department, but on the field of atmospheric physics in general,” says Richard Peltier, director of the Centre for Global Change Science at U of T. “Our ability to attract the best and brightest students from around the world is crucial to our ability to answer the important questions about one of the most important challenges we face – climate change.”

Raising funds to establish graduate excellence awards that support the most talented graduate students from Canada and around the world is a top priority for the Faculty of Arts & Science.

“International students enrich the University, enrich the community and strengthen the country with their contributions to their chosen field,” says Professor William Trischuk, the associate chair of graduate studies in Physics. “Recruiting them is always a challenge. But the fellowship that Mr. Polavarapu has established will certainly make the job easier.”