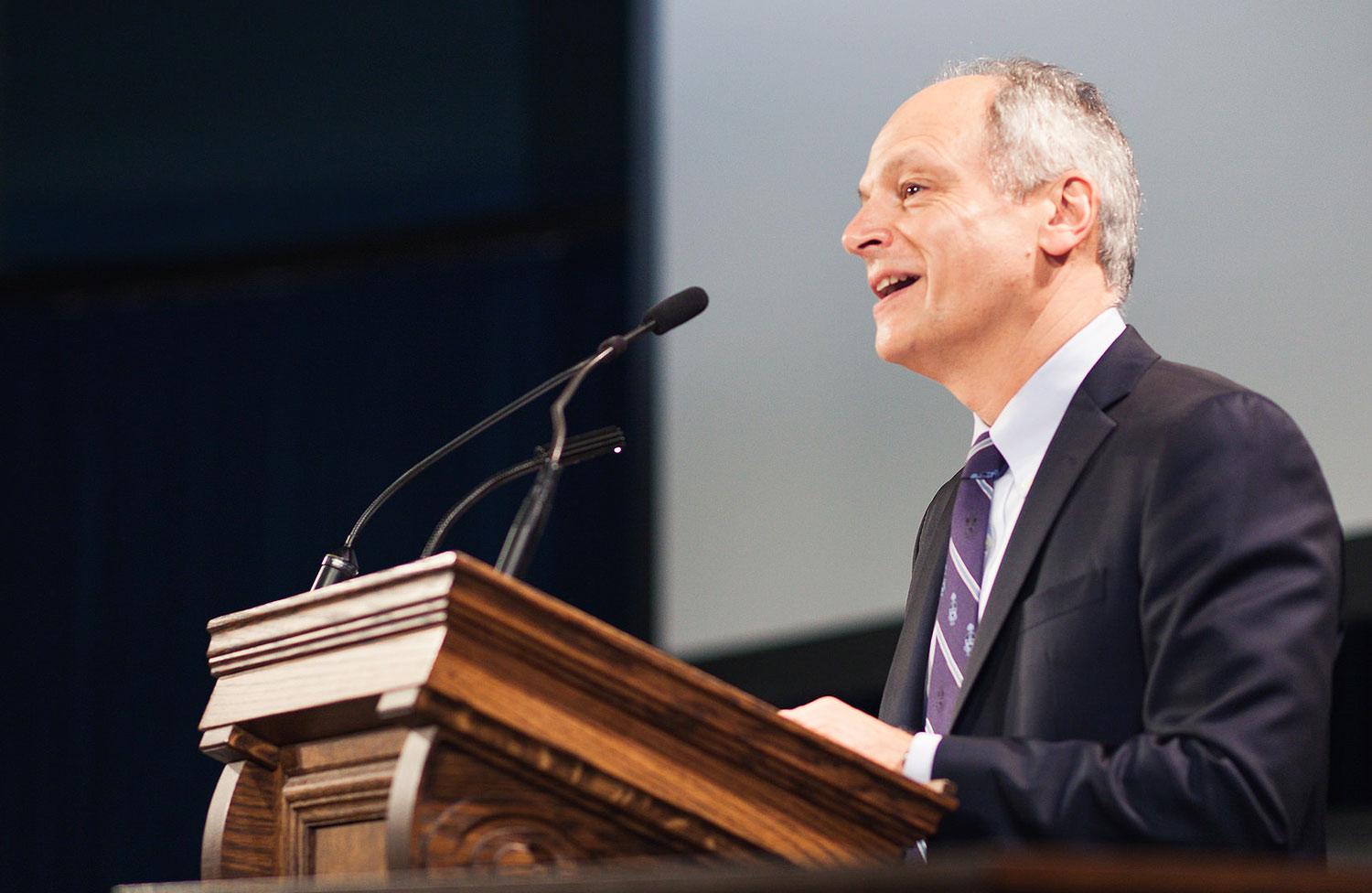 Boundless: The Campaign for the University of Toronto has reached yet another milestone, breaking fundraising records for the University and higher education in Canada. The result: $247.9 million raised on the fiscal year, closing April 30, 2015. Together with new contributions received in May of this year, the campaign total is now $1.817 billion raised toward its $2-billion goal, surpassing the $1.8-billion mark more than eight months ahead of pace.

U of T President Meric Gertler announced that $1.817 billion has been raised by the campaign at this year’s Spring Reunion, which saw record-breaking attendance – a testament to the alumni support and engagement that has been so integral to the campaign’s success. “The Boundless campaign is continuing well ahead of pace, thanks to tremendous support from more than 89,000 unique donors among U of T’s alumni, friends and community who share a belief in the importance of supporting post-secondary education, our programs, faculty and students,” said President Gertler. “This achievement has also been made possible by the hundreds of volunteer leaders across our three campuses and the continued rising tide of alumni support and engagement.” 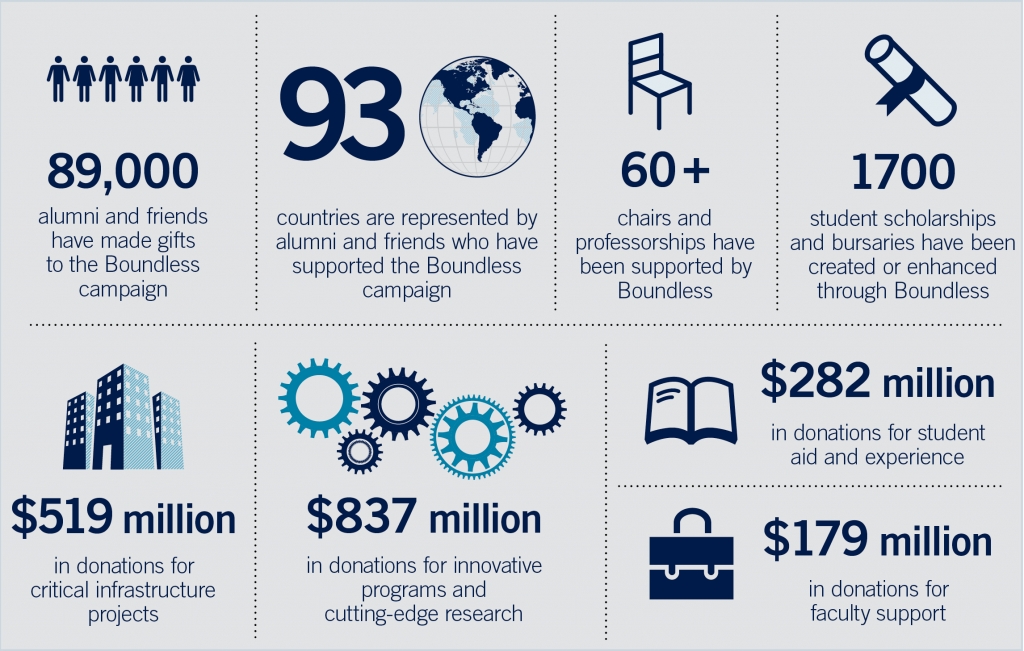 Support for Boundless is having an impact on every area of the University. Of the more than $1.8 billion raised, more than $179 million is directed for faculty support, $564 million for programs and research, and $519 million for infrastructure. An additional $273 million has also been received in philanthropic research grants.

To date, $282 million has been directed specifically to student support. As a result, more than 1,700 student awards have been created or enhanced since the start of the campaign. Of this total, $100 million has gone to support graduate students in their learning and research.

Campaign donations over the past year are supporting the broad scope of research and scholarship taking place across our campuses; they also reflect our donors’ desire to help answer some of the most complex issues of our time. This generosity includes a landmark gift of $130 million from the Rogers Family Foundation, announced last November to establish the Ted Rogers Centre for Heart Research. Shared between U of T, the Hospital for Sick Children, and University Health Network, the gift established a new record for Canadian philanthropy.

Among other recent gifts celebrated in the past year were three gifts totalling $20 million for initiatives that benefit Canada’s Indigenous peoples.

“Together, with the generosity of our donors, the growing level of participation and engagement by our alumni, U of T is pushing the boundaries for philanthropy in higher education in this country,” said David Palmer, Vice-President Advancement. Palmer also noted that this year’s fundraising achievement includes a record year in annual giving donations and a record in the number of new bequest intentions, indicating that support for the University is growing in all forms of giving.

“As we celebrate this incredible achievement for the campaign, we are aware that there is still much to do in order to reach our campaign’s $2-billion goal,” said Palmer. “We are deeply grateful for the support from our community of alumni and friends for bringing us to this point and look forward to continuing to work with them to reinforce U of T’s standing as one the world’s best places to meet global challenges and prepare global citizens.”

BROWSE ALL NEWS
Responding to the refugee crisis: U of T, OCAD, York University to partner with Ryerson
MORE NEWS