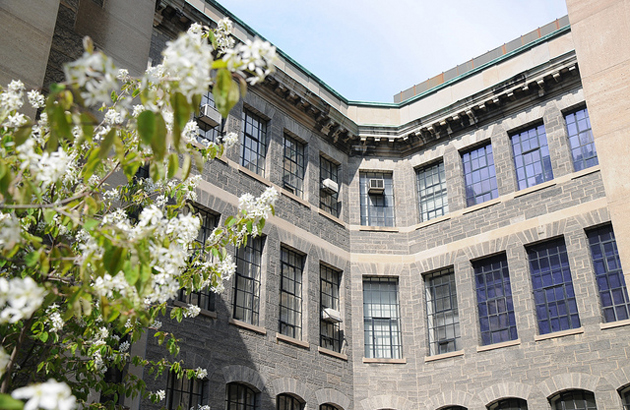 U of T’s Tanz Centre for Research in Neurodegenerative Diseases is more than halfway to its $31-million campaign goal. Reaching this milestone is, in large measure, a credit to the tireless work of fundraising co-chairs Mark Tanz (BA 1952 UC) and Lionel Schipper (JD 1956), who also happen to be the Centre’s most generous benefactors.

Tanz and Schipper have personal reasons for supporting the ground-breaking research being conducted at the Tanz Centre. Both men lost their mothers to Alzheimer’s disease and are only too aware of the tremendous physical, emotional, and financial toll the disease exacts on family and friends. Having witnessed his mother gradually lose her memory and other cognitive functions after she was diagnosed with the disease in 1983, Mark began looking into the science of Alzheimer’s, and what he found distressed him. “I was hoping there would be a cure – something that would slow the disease down. Unfortunately there was virtually no research being done in Canada.”

Fast-forward three decades and Canada’s research landscape looks very different. The Tanz Centre is a powerhouse at the global forefront of brain disease research. Led by Professor Peter St George-Hyslop, an internationally pre-eminent scientist, the Tanz Centre has made many of the world’s most important discoveries about the genetics of Alzheimer’s disease, as well as key discoveries that have increased our understanding of Parkinson’s and other diseases.

St George-Hyslop and the Tanz Centre’s research scientists have made international news twice for discovering genes related to the production of amyloid-beta peptide, a substance that accumulates in the brains of Alzheimer’s patients and is thought to be a key factor in the progression of the disease. Tanz researchers are examining how to diagnose Alzheimer’s earlier. “We know by the time the disease comes to clinical attention, it has been present for 10 years or more,” St George-Hyslop says. “We want to be able to detect the presence of disease at the preclinical level.”

Thanks to the pioneering vision and pathbreaking philanthropy of individuals like Mark Tanz and Lionel Schipper we have every reason to be optimistic. Medical breakthroughs like those being made at U of T’s Tanz Centre have the potential to halt or at the very least significantly slow the progression of Alzheimer’s. With new skills, new ideas and new tools, the Tanz Centre is poised to find the answers to prevent, control, and treat some of the most devastating neurodegenerative diseases affecting Canadians today — providing comfort, support and dignity to patients and easing the burden of caregivers and families.

BROWSE ALL NEWS
Boundless: The Campaign for the University of Toronto surpasses $1 billion raised
MORE NEWS