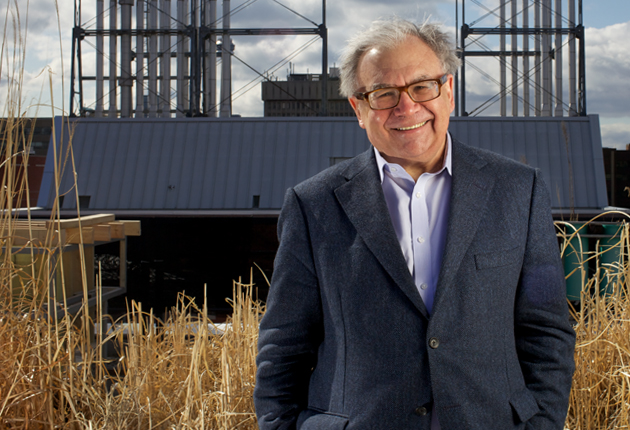 The Canada Council for the Arts conferred the Killam Prize on Earth system scientist Professor Dick Peltier. For the Natural Sciences and Engineering Research Council prizes, it was nearly a clean sweep for U of T faculty and students, including the prestigious Herzberg medal to University Professor Emeritus Stephen Cook. And the Sloan Foundation of New York awarded 5 of 10 Canadian fellowships to U of T scientists.

Physicist Dick Peltier, the director of the Centre for Global Change Science and a leader in the establishment of the interdisciplinary field of earth system science, received one of five 2013 Killam prizes in honour of his career achievements in science. The $100,000 award from the Canada Council for the Arts recognizes Peltier’s pioneering scholarship, which has shaped our understanding of Earth’s interconnected systems and the threat of global warming. (Read more here.)

In February at Rideau Hall in Ottawa, Governor General David Johnston hosted the annual awards of the Natural Sciences and Engineering Research Council (NSERC). Prizes in eight categories were awarded to graduate students, mid-career scientists and lifetime achievers. University of Toronto researchers won in six of the eight categories and were awarded NSERC’s most prestigious prizes.

University Professor Emeritus Stephen Cook of computer science received the Gerhard Herzberg Canada Gold Medal, NSERC’s highest honour. Cook has made important contributions to complexity theory, computational theory, algorithm design, programming languages and mathematical logic. This is the third year in a row that a U of T researcher has received the Herzberg medal.

Gregory Scholes of chemistry has received the John C. Polanyi Award for work demonstrating that quantum mechanics are involved in the capture and distribution of the sun’s energy during photosynthesis. The Polanyi award was established to honour Nobel laureate John Polanyi, also of the University’s chemistry department.

Three faculty members received E.W.R. Steacie Memorial Fellowships: Professors Aneil Agrawal of ecology and evolutionary biology for his studies of sexual reproduction and the origin and fate of harmful genetic mutations, Warren Chan of biomaterials and biomedical engineering for research in nanotechnology and the use of quantum dots in biomedical applications, and Yu Sun of mechanical and industrial engineering for the development of technologies for use in biomedical, clinical and precision industry environments.

Professor Paul Santerre of the Faculty of Dentistry and biomaterials and biomedical engineering won NSERC’s Synergy Award for Innovation, recognizing an exemplary academic-industry partnership. Santerre and his colleagues at Interface Biologics have created products ranging from catheter lines to polymer-coated stents for opening blocked arteries.

U of T faculty members received 5 of the 10 Sloan Fellowships awarded to rising stars at Canadian universities this year. The Alfred P. Sloan Foundation, based in New York, makes grants in support of original research and education in science, technology, engineering, mathematics and economics.

More than 40 per cent of all Sloan Fellowships awarded to Canadians through the years have been given to U of T researchers. (Read more here.)

A full list of awards and honours is available here.