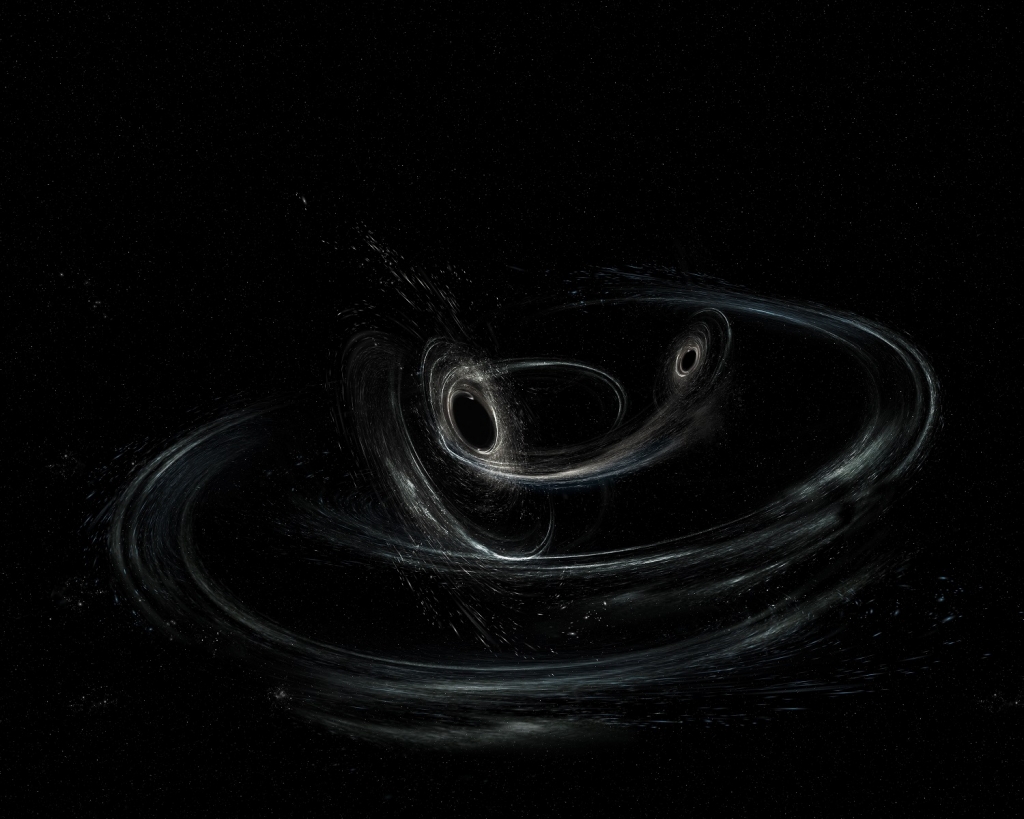 Albert Einstein had described gravitational waves in his theory of general relativity more than a century ago, but it was only in 2015 that they were directly observed for the first time.

The research that made the discovery possible was the result of teamwork by many more scientists from around the world, including the University of Toronto. When reached by phone by the Nobel committee, Dr. Weiss said he saw the award as recognition for the work of about 1,000 people over “I hate to say it – 40 years.”

Scientists from 20 countries collaborated on the Laser Interferometer Gravitational-Wave Observatory (LIGO), which operates twin detectors more than 3,000 kilometres apart – one in Livingston, La. and the other in Hanford, Wash. Two years ago, LIGO scientists recorded gravitational waves caused by the collision of two massive black holes a billion light years away.

A video, made with the input of U of T researchers, of what a pair of colliding black holes would look like up close. The video was featured in the Nobel Prize announcement.

It was a breakthrough many years in the making that has vast implications for our understanding of the universe, says Ue-Li Pen, a professor in U of T’s department of physics and director of the Canadian Institute for Theoretical Astrophysics (CITA).

He saluted the Nobel committee’s decision. “The discovery capped decades of intense research and opened an entirely new means of observing the universe, which will produce marvellous new insights for decades to come,” he said. “CITA, CIFAR (the Canadian Institute for Advanced Research), and the University of Toronto are proud to have played a small part in these accomplishments through computer calculations of merging black holes and contributions to identification and characterization of the gravitational wave events.”

Harald Pfeiffer, an associate professor in the department of physics in the Faculty of Arts & Science, leads the team of U of T researchers who provided Canada’s contribution to the LIGO project. Initially the team was largely responsible for conducting simulations of black hole collisions on high-performance supercomputers and performing gravitational waveforms, the shape of the signals, that LIGO is searching. The U of T researchers banked thousands of collisions to create “pattern templates,” giving scientists a better idea of what to look for and how to interpret their findings. “If you know the shape of the signal you’re looking for, it’s like knowing the colour of a needle in a haystack. It’s easier to find,” Pfeiffer told U of T News last year. The pattern templates also make the research more efficient by telling scientists right away whether they have observed a significant event.

After doubling in size, the Canadian team took a leading role in estimating the masses and spins of the colliding black holes.

Pfeiffer said last year he was “amazingly satisfied” to see thousands of international scientists put their heads together to investigate gravitational waves. “Building the LIGO instruments, developing the software to analyze the data, and also our own contribution toward detecting and deciphering the signals. It was only through this huge joint effort that we could discover black holes colliding.”

BROWSE ALL NEWS
U of T, City of Toronto sign memorandum to support collaboration
MORE NEWS