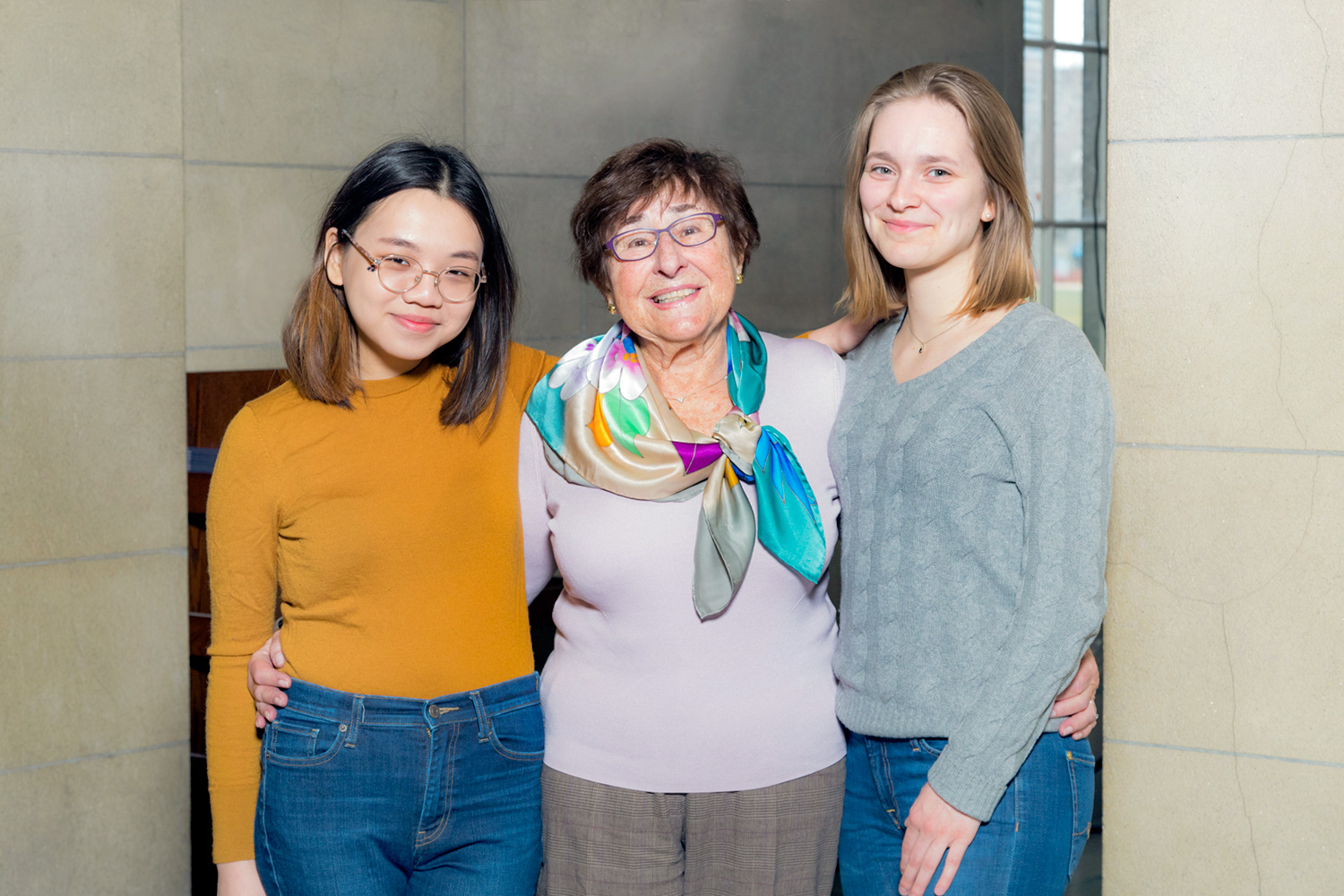 When the Hungarian Revolution broke out in 1956, Judith Schurek (BASc 1958) had only one year left to complete her mechanical engineering degree. She fled from the ensuing violence with her fiancée, Robert Schurek, and, crossing the Iron Curtain, the couple married in Vienna. After learning of a scholarship at the University of Toronto that Mrs. Schurek could apply for to complete her degree, they decided to immigrate to Canada.

Mr. and Mrs. Schurek arrived in Toronto in February of 1957 with little more than hope. The Canadian government had given her and her husband five dollars each upon their arrival. Mrs. Schurek worked at Bell Canada (then the Bell Telephone Company of Canada) until classes started in the fall. When she graduated the following year, she was one of the first women to earn a degree in mechanical engineering at the University of Toronto.

With her degree in hand, Mrs. Schurek returned to Bell Canada, where she built a 38-year career as an engineer with the telecommunications company. When she retired in 1996, she launched Environmental Allies, an engineering consultancy that helped clients in construction, transportation and other industries to address environmental issues.

Now, after a long and successful career as an engineer and entrepreneur, Mrs. Schurek says, “I feel lucky that with my husband, we were successful enough that I can give back to others.” Her desire to help international students at U of T, in recognition of the help she received in 1957, has inspired her to create two Pearson Scholarships with an extraordinary gift of more than $1 million. One scholarship carries her own name and the other one honours the memory of her late husband.

The first recipient of the Judith Schurek Pearson Scholarship is Katharina Vrolijk, a Swiss national with a strong passion for environmental issues who has come to U of T to study architecture and design. And the first recipient of the Robert Schurek Pearson Scholarship is Katie Kwang, from Singapore, who is pursuing a specialist degree in psychology, with a special interest in prejudice and cultural variations in mental illness.

Mrs. Schurek was encouraged to make this generous gift to create the Pearson Scholarships by her nephew, Peter Kadas (BA 1986 TRIN), a successful international financier. Mr. Kadas created the Kadas Family Pearson Scholarship, awarded each year to a top student from Europe.

This spring, Mrs. Schurek enjoyed meeting Katharina and Katie, to learn more about their interests, as the Pearson Scholarships help them realize their goals and discover new opportunities in Canada.