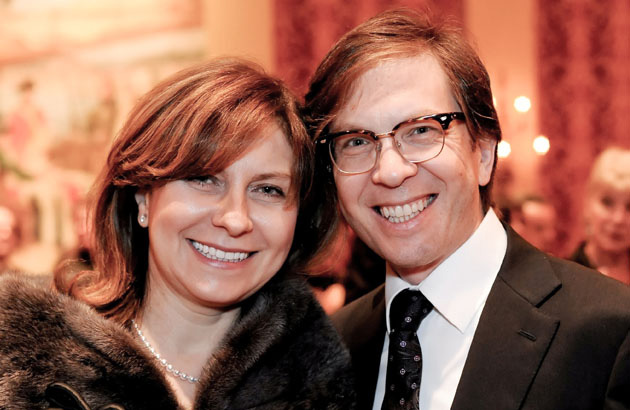 Giving back is the Dan family way. Their credo “if you are fortunate, you have to share it” inspires support for numerous causes close to their hearts. The University of Toronto has benefitted greatly from the family’s generosity, including a new gift from Faculty of Medicine Campaign Cabinet Chair Michael Dan and his wife Amira to establish the University of Toronto Brain Tumour Bank.

It began with Michael’s father, Leslie Dan (BScPhm ’54, MBA ’59, DSc ’97), who facilitated the growth and expansion in pharmacy education and research through a landmark gift to the Faculty of Pharmacy at the University of Toronto. The building and the faculty was named in his honour. Leslie is also a member of the Pharmacy Campaign Cabinet and was recently made one of the Honorary Chairs of U of T’s Boundless campaign.

This past April, Michael (MD ’84) and Amira (MA ’04) Dan donated $2 million to establish the University of Toronto Brain Tumour Bank. The large number of brain cancer patients treated at U of T-affiliated hospitals offers an unparalleled opportunity to collect and study tissue samples. The innovative new facility, housed at the Faculty of Medicine, will enable researchers in the U of T health sciences network to more effectively diagnose and treat individual with brain cancer—progress that will prolong and save tens of thousands of lives in Canada and around the world in the years ahead. Creating the U of T Brain Tumour Bank is the first step towards the establishment of a comprehensive, integrated, city-wide biobank network—with samples from all disease groups, organs and tissues—across the Toronto Academic Health Sciences Network (TAHSN).

Through their steadfast commitment to biomedical and health research and education,” said Dean of Medicine Catharine Whiteside, “Michael and Amira are helping to change the face of health care in Canada.”

An active supporter of initiatives in global and aboriginal health, as well as neurosurgery, Michael holds a medical degree from U of T, a PhD in experimental medicine from McGill and an MBA from Tulane University. After five years as an assistant professor of neurosurgery at Louisiana State University, he left medicine to become the CEO of Novopharm Biotech Inc., a publicly-traded drug discovery company. Today, Michael is president of Gemini Power Corporation, a private hydroelectric power generating business focused on Canada’s First Nations. Amira received her MA from UT/OISE in curriculum studies and holds a PhD in social and political thought from York University. She is also a supporter of the faculty of humanities at the University of Haifa, Israel.