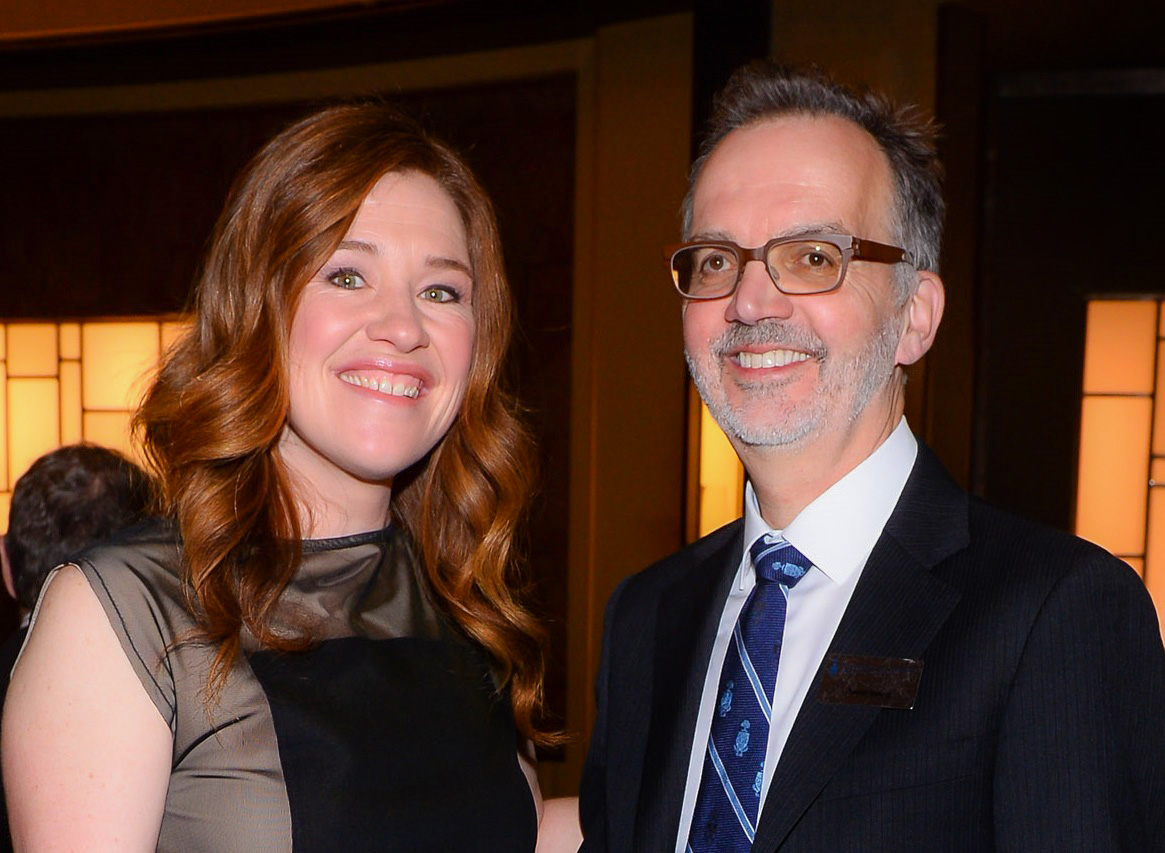 “My greatest lesson has not been how to win, but how to talk, open up and answer the call,” says Olympian Clara Hughes, who spoke to a crowd of 470 business and cultural leaders, philanthropists and researchers at the 2018 Miner’s Lamp Award Dinner. The annual event, now in its third year, raised $949,000 for mental health research in 2018.

The dinner is a partnership between Toronto-based gold mining company IAMGOLD Corporation and the University of Toronto’s Department of Psychiatry. All funds raised support research at U of T and affiliated hospitals, including the Centre for Addiction and Mental Health (CAMH) and Sunnybrook Research Institute. The partnership has raised nearly $2 million in total since 2016.

“For every one in five people suffering, there are four connected to that one,” explained Hughes at the 2018 event. “Sisters, fathers or teammates who don’t know what to do, and we all suffer silently.” The six-time Olympic medalist and national spokesperson for the Bell Let’s Talk campaign shared her personal experience with mental illness, and how feelings of shame prevented her from seeking help, costing her years of her athletic career. And she applauded campaigns such as Bell Let’s Talk and the Miner’s Lamp Fund for working to end the silence and stigma around mental illness.

“We have come far in our abilities and understanding of mental illness, but we still have a lot of work ahead of us,” said Faculty of Medicine Dean Trevor Young, who recognized IAMGOLD Corporation’s executive vice-president and CFO Carol Banducci and Department of Psychiatry Chair Benoit Mulsant for their commitment to mental health. “Thank you for shedding light on an area that has been in the shadows for too long.”

At this year’s event, Bell Canada President and CEO George Cope received the 2018 Miner’s Lamp Award, in honour of his leadership on the Bell Let’s Talk campaign. Cope spoke on the importance of reducing stigma and improving workplace mental health access.

Historically, the miner’s lamp would save lives by warning miners of dangerous gases. With over 70 per cent of adults with mental illness tracing symptoms to the ages of 16 to 24, researchers are learning to shine the light on key warning signs in youth.

Professor Aristotle Voineskos spoke about his research into spotting early signs of psychosis, showcasing how the Miner’s Lamp Fund has supported this work. Three projects have received funding from last year’s successful dinner, including initiatives to investigate early detection and intervention in bipolar disorder, schizophrenia and aggression in psychosis.

Attendees also heard from KPMG executive Denis Trottier, who is the first-ever Chief Mental Health Officer in Canada. Trottier shared his personal struggle with depression, his road to recovery, and urged other executives in the room to implement stronger resources for employees dealing with mental health issues.

It’s important to ask for help

And guest speaker NHL legend Tie Domi sat down with MC Rod Black, opening up about his experience losing teammate and close friend Wade Belak in 2011.

“It’s important to ask for help,” said Domi. “We are going to make a difference because we have to.”

By Alyson Musial. This story originally appeared on medicine.utoronto.ca.