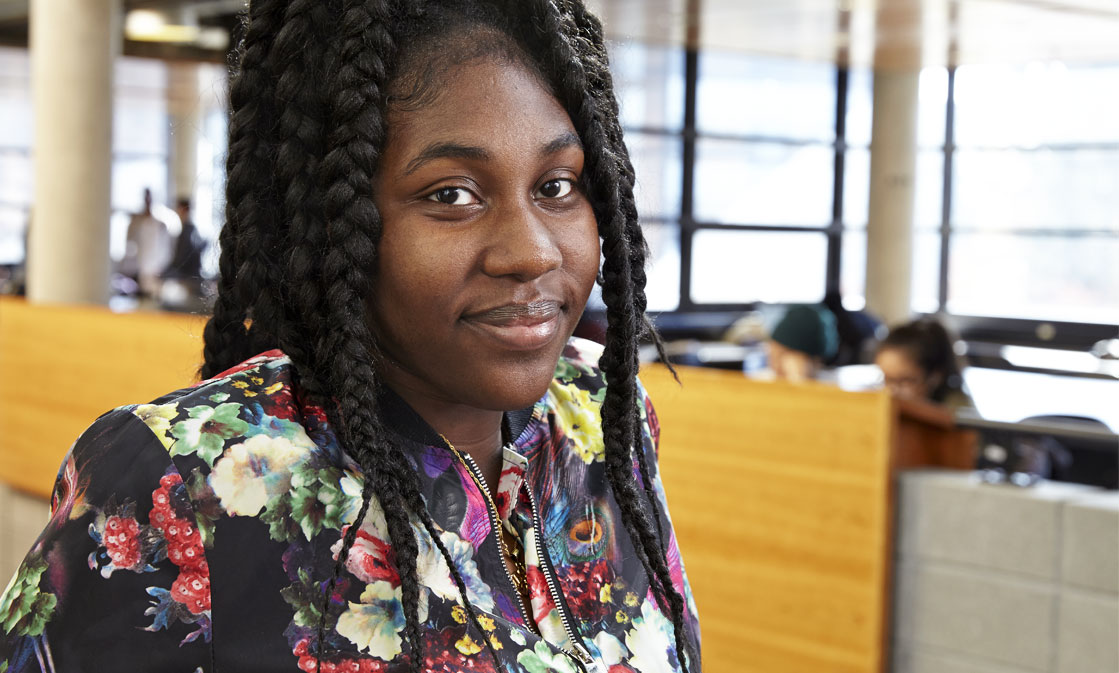 In 2007, the Imani mentoring program, just two years old, was already living up to its Swahili name—by helping students have “faith” in themselves. Established by the UTSC Black Students’ Alliance under the leadership of student Rashelle Litchmore (BSc 2008 UTSC), the program run by UTSC student volunteers was not only helping Black middle school and high-school students with their schoolwork, but also celebrating Black cultural heritage and the contributions of Canada’s Black community. More than 90 per cent of the program’s graduates say they were inspired to pursue post-secondary education.

A student initiative, an alumna champion

Imani’s mentees were thriving, but the program was close to being cancelled for lack of funding. Dr. Mary Anne Chambers (BA 1988 UTSC), Ontario’s former minister of Children and Youth Services, made a five-year commitment (later generously renewed) to support Imani. Chambers loved every facet of the idea—including the fact that it would benefit local Scarborough residents.

“I believe that a university has a responsibility to understand the needs of its broader community and to be a source of friendship and leadership for the community in which it is located,” says Chambers, citing a recent Toronto Foundation report that named Imani as one of the most innovative educational initiatives in Scarborough.

Litchmore had come to Canada from Jamaica to finish high school at West Hill Collegiate in Scarborough. She was surprised when she observed Black students not doing well. Imani’s successful formula brings together volunteer UTSC student mentors with middle- and high-school students for three hours of academic and social support each week—efforts that include projects such as sports activities or the “A Day in the Life” program where mentees shadow UTSC students around campus, but become much more.

For Jenny Charitable—now a first-year student at U of T Scarborough—the power of a community that believes in her potential was life-changing. In high school, Charitable had grown used to people telling her she was going nowhere in life. One informed her she would never attend university. And for a while, she believed them. “The thought that people like me would be in university, it was just never in my head,” she says.

But Charitable’s Imani mentor—someone who understood her life experiences and struggles—taught her to draw on her own inner resources. Her grades improved steadily, and she is now pursuing a bachelor of science degree and has hopes to become a psychologist.

Building a strong community of leaders

This year, 50 mentors are working with 70 students. And since 2005, 576 Imani student volunteers have helped 1,055 Scarborough students to believe in themselves and change their lives. Many of the former mentees become mentors—fostering the next generation of community leaders.

Charitable herself pays it forward as an Imani mentor for two West Hill Collegiate students. “All I want to do is motivate kids. I just want them to know that despite what people say or do, they can make it—no matter their race or skin colour. You can make it, as long as you believe you can.”

BROWSE ALL NEWS
Learning from the best: the double rewards of mentoring
MORE NEWS