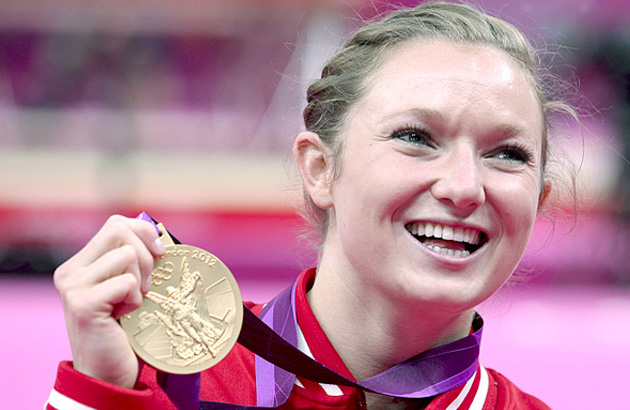 A few short months before 24-year-old Rosie MacLennan (BPHE 2011) won Canada’s only gold medal on August 4 at the 2012 Olympics, she was hard at work with her friend and fellow athlete, PhD candidate Sarah Gairdner, co-chairing a successful fundraising gala in support of the Goldring Centre for High Performance Sport.

Held on May 11, 2012 at the Royal Conservatory of Music, the Goldring Gala raised more than $36,000 toward the new state-of-the-art facility that will foster excellence in sport science research and teaching, sport medicine, athlete training, coaching and world-class competition. Slated to open in January 2015—the same year the Pan Am Games come to Toronto—the Centre is the feather in the cap of U of T’s $98-million Varsity Centre complex.

MacLennan, who is also a current graduate student, is quick to emphasize how important private fundraising is for initiatives such as the future Goldring Centre. “There’s only so much you can do without the resources,” she says. “This Centre will make a huge difference in Ontario and Canada.”

This was the first time that both MacLennan and Gairdner had organized a fundraising event. “We were learning on the fly,” says MacLennan with a laugh. To ensure the event’s success, they did a lot of networking, advertising, sending invitations, phoning and meeting people. More than 100 guests attended the gala event, which featured live performances by athletes and a sports-related silent auction.

“Rosie and Sarah organized a memorable event,” says Judy Goldring (BA Vic 1987), Vice-Chair of U of T’s Governing Council, and the lead volunteer who worked with the two student-athletes. “Every detail was thought through—from the trampoline on Bloor Street to the silent auction items. Everybody who attended had a great time. Rosie’s and Sarah’s leadership in pulling this together, particularly in the midst of their busy schedules, shows just how talented they are.” Ms. Goldring and her family, including the late Warren Goldring (BA UC 1949, LLD Hon 2003) and her brother Blake (BA Vic 1981), a member of the Boundless Campaign Executive, are among the Centres founding benefactors, whose number also includes Ron Kimel (BA UC 1966), the Kimel family, and the late Gordon Stollery (MSc 1972).

“U of T has been great,” says Rosie of her time as an undergraduate pursuing her bachelor’s in physical education and health with U of T’s Faculty of Kinesiology & Physical Education. “The Faculty has been very supportive of my succeeding both in athletics and academics.” She arrived at U of T at 17, only knowing that she loved sport. She soon became fascinated with the socio-cultural aspects of sports research and is now back at U of T, beginning her master’s in exercise science. Her future career aspirations include perhaps contributing to athletes’ involvement in social initiatives.

But first, she will focus on the next Olympics four years from now. And in the immediate future, all those requests for interviews and appearances. “It’s been a whirlwind,” she admits. MacLennan, who also won gold at the Pan Am Games in Mexico and placed seventh in Beijing in 2008, has spoken with Prime Minister Harper, made an appearance at TED Talks, threw the first pitch for the Jays and the first kick for the Argos. Not to mention, having celebrities such as Justin Bieber and Samuel Jackson tweeting about her.

MacLennan obviously knows how to focus her energy, though. “I’m taking it day by day,” she says.

More information on the Goldring Centre for High Performance Sport.